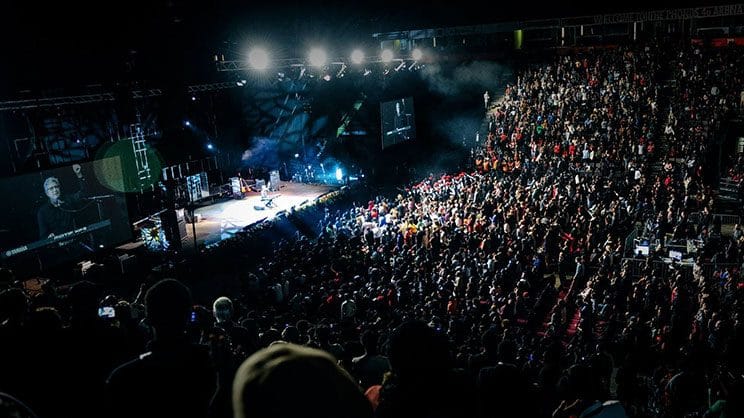 The advantage of getting caught up with mass audience participation

The live music experience…  As a performing artist, nothing can beat being at the forefront of a mass audience, who are totally immersed in the music, singing the lyrics, swaying, dancing, lost in the moment.

Of course we experience this all the time, every week when we go to church. Whether a large or small congregation, during conventions or conferences, a beautiful exchange takes place when we are offering up thanksgiving to our worthy Father God and JESUS Christ. That’s a joyous experience.

PART OF THE CULTURAL FLOW
However my main reference is regarding music festivals, reinforcing the view that gospel music performers of all kinds should form a significant part of the current culture of mass crowd gatherings. This isn’t something new, because music festivals have been a part of British public enjoyment at least since the 1960s, with the beginning of rock/pop culture – although jazz and blues have undergirded that movement.

Over the years, the well known faith-based festivals have given relatively little room to headline gospel artists on their own merit, preferring them instead as being a ‘featured special’.

Examples in the past include Greenbelt Festival, where a few of the great British gospel acts actually got to mainstage – Kainos and Paradise are the two I recall most of all, but that was a long, long time ago. Admittedly Pentecostals and others from the Black community were very reluctant to attend and, as someone put it to me, “…spend the day in a field in my good clothes? No way!”

I’m not going to harp on about the issues and concerns extended to major current-day Christian events, where award-winning and internationally recognised British gospel acts have not been afforded mainstage positions. Although strictly not a music festival, Spring Harvest has done well to change its position, with the inclusion of Noel Robinson, Mark Beswick and John Fisher with IDMC appearing as guest music ministers in a week-long programme. This has helped to open up the way for praise & worship, as well as choirs from Pentecostal and Charismatic movements.

FESTIVALS FOR OURSELVES
My focus is to advance beyond this issue, to where artists and promoters are organising gospel-based festivals of their own that allow for British-based acts to lead the festival storyline. Artists like John Fisher, who stages the ’WeSingUSing‘ Festival that has attracted thousands of children and youth, as well as their parents; Pastor Abimbola Komolafe, alongside his late wife, Folu Komolafe, founded the hugely successful Festival of Praise in Manchester, which attracts around ten thousand people (although it is free), and FRI:3DM Festival, staged by Zoe Gospel Records – the leading gospel record and distribution company. Ideally we need a trail of gospel festivals across the Republic of Ireland, Northern Ireland, and on the mainland from John O’ Groats to Land’s End.

Some time ago, GMIA executives discussed the whole matter of festivals and the important role they have played in other countries of Europe. The decision was made to focus on a festival trail right throughout the UK, and to that end, research has taken place to see what can be done to enhance our scene through festivals.

Recently I had a conversation with John Fisher, who was describing his experience of being in Denmark as part of a six-week gospel choir-based festival: each week individuals would attend and spend that time being taught by a range of choir directors and vocal teachers. Six weeks! Can you imagine?

Bazil Meade MBE has been part of expanding gospel music in countries like Italy, who seem to have an insatiable appetite for the choir sound. Peter Francis, Dave Daniel, Ruth and Emmanuel Waldron, brothers Tyndale and David Thomas, alongside John Fisher & IDMC, as well as Volney Morgan & New Ye are among those continuing to make inroads for British Gospel in various parts of Europe.

As our good Father would have it, I was recently asked to put together artists on behalf of the Selah Festival of Music & Arts, based in the heart of central London at Holy Sepulchre.  It is a church plant by HTB (Holy Trinity Brompton, of Alpha Course fame), and is known as the National Musicians’ Church. There rest the remains of Sir Henry Wood, a founding conductor of BBC Proms, and a special Book of Remembrance marks many famous musicians in the Chapel.  Without hesitation, I secured the support of the GMIA to draw a wide range of artists and bring a new flavour and experience to Londoners.

FESTIVALS ON THE BIGGER PLATFORMS
This does not preclude artists from seeking inclusion in the many festivals that take place all over the UK.

Recently, Premier Christian Radio announced a ‘virtual’ festival, where they are turning over all the platforms in its media family to broadcasting music from the festivals that have happened over the summer. These include: Big Church Day Out, Spring Harvest, Creation Fest, Woman to Woman Conference and Premier Gospel Awards. We know that is good for an airing to draw people on to one of Britain’s most popular Christian radio networks.

Yet we need to consider this: According to industry umbrella body, UK Music (www.ukmusic.org), in 2017 more than four million people attended festivals and over twenty-nine million went to live music events. We could do with a slice of that cake!  Were you one of the millions, like me, who watched Stormzy on stage at Glastonbury, singing his gospel-inspired, choral-driven anthem ’Blinded By Your Grace‘?

I watched transfixed, as thousands sang along with him and the choir:

I know, he’s not your quintessential ‘gospel artist’, however, it was an excellent sight to behold. There are individual artists, who do well performing on festival stages. LCGC has done a Sunday at Glastonbury many times, and Jake Isaac featured as a popular artist there. Unfortunately we don’t see enough of this, and the songs are yet to carry into mainstream consciousness. Of course, I am expressing a different issue when I say that, but I guess it affects how we can engage in those opportunities.

It may well be that some of our artists, who are Christians but do not operate their gift under the umbrella of ‘gospel artist’, may be the very creatives who will reach out more effectively.  Let me quote from a good gospel brother of mine, Tyndale Thomas MBE: “There is a hunger for what God has given us. It doesn’t always happen in the Church. The unconventional and unexpected is the Lord’s way!” 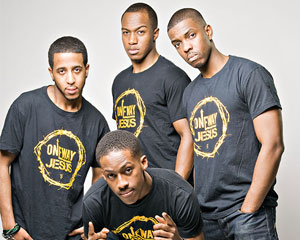 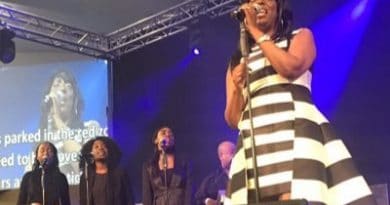