A Church group is taking its work outside in an attempt to connect with its neighbours.

Claremont Church, in St George’s Road, will put on its popular Church in the Park event for the fourth year running.

The event sees members of the church take their weekly out into tents in Queens Park, close to Spa Road.

It also includes a football competition, musical performances and a barbecue which is free for everyone who comes.

Organisers hope taking the service to the park it will bring the congregation closer to the people who live in the surrounding area.

“We just want to say to people, ‘Hi we’re you’re neighbours and we would love to get to know you’,” said church administrator Bill Mason.

“It came about because we were very aware that there are more and more buildings going up around us and hardly in the church lived nearby.”

Last year’s edition of Church in the Park drew around 200 visitors and organisers hope that a similar number of people are interested this time around.

“What we find is that people walk by and they will nip in for a few minutes,” Mr Mason said.

“It’s always surprising but people stop and listen to the message and that’s great.”

The non-denominational church is led by Steve Powell, who has held the position for around eight years. Usually services held at the church building involve around 60 people.

Church in the Park will run between 11am and 4pm on Sunday, September 1 and is open to anyone.

Windrush 70 and Beyond Project 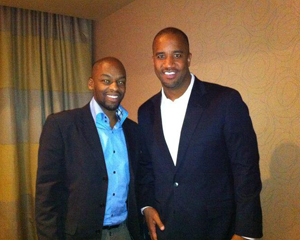 The Three Ps to making a memorable speech by Malachi Talabi