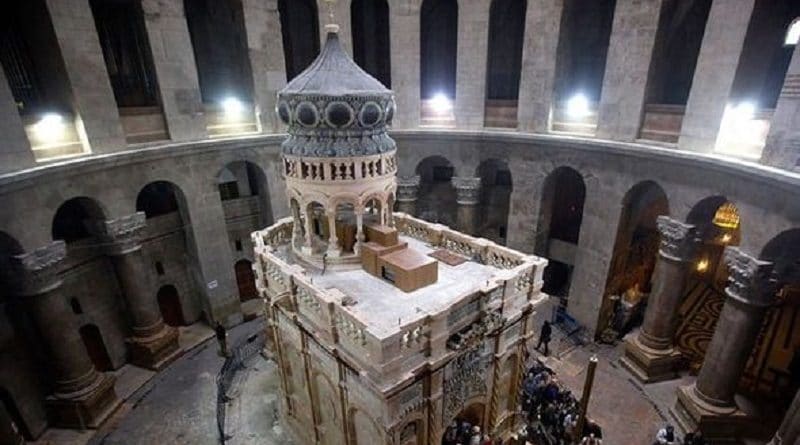 An archaeologist has discussed what they found when the Tomb of Jesus was opened for the first time in 500 years.

As reported by Epoch Times, the tomb was opened in October 2016 and is said to be where Jesus lay for three days following the Crucifixion. The Tomb was subject to a restoration project in the Church of the Holy Sepulchre in Jerusalem’s Old City. Fredrik Hiebert of National Geographic was part of the team and explained:

“The shrine has been destroyed many times by fire, earthquakes and invasions over the centuries.”

Negotiations to open the tomb for restorations actually began in 1959.

All denominations that have a right to shared ownership and responsibility of the church have to agree to any changes to it.

This stems from a Status Quo decree from the Ottoman sultan in 1757.

“Everything has to be approved by the committee, so even changing a candle takes a long time.

“There is a ladder by the main entrance to the church that hasn’t moved in 240 years, and they still haven’t reached a decision.

“It’s called the immovable ladder. So the fact we were finally allowed to carry out this work is a triumph of negotiation.”

The immovable ladder made of Lebanon cedar wood was placed there before 1728.

It has temporally removed twice in 1997 by a Protestant to make a point about Christian division and again in 2009 for a short period when it was moved to a different window.

The marble lid was eventually lifted in the presence of Franciscan monks from the Catholic Church as well as well as representatives from the Greek Orthodox and Armenian Apostolic Churches.

Mr Hiebert noted: “We were all getting really curious.

“Then we went in, looked into the tomb and saw a lot of rubble.

“So it wasn’t empty, even though there were no artefacts or bones.”

“The most amazing thing for me was when we removed the first layer of dust and found a second piece of marble.

“This one was grey, not creamy white like the exterior, and right in the middle of it was a beautifully inscribed cross.

“We had no idea that was there.”

The current belief is the cross was carved by 12th Century Crusaders.

“Without bones or artefacts, we’ll never be able to say for sure this was the tomb of Christ.

“That is a matter of faith. It always has been and it probably always will be.”

Christianity is the largest religion in the world. Some sources estimate it to have 2.4 billion followers.

Snatching people from the fire through New Ministry by Miriam Virgo 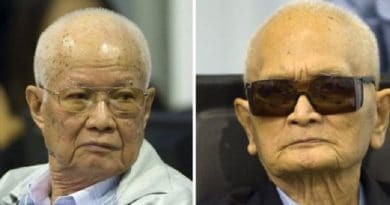 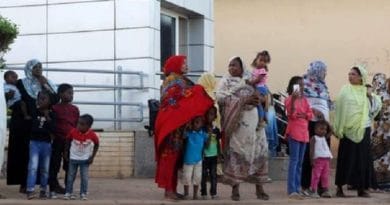