Christian missionaries are causing a fresh wave of upset in outback Australia, promising to bring people back from the dead, and promoting the idea traditional Aboriginal culture is a type of devil worship.

An investigation by Background Briefing has uncovered dramatic scenes in the Kimberley region, where Aboriginal followers of a Tongan-born preacher have set fire to artefacts considered sacred by many local elders, and dismantled and burned a spiritual law ground.

The approach of some recently arrived evangelists has been slammed by some Aboriginal leaders, including Labor senator Pat Dodson.

“They are a type of virus that has really got no credibility,” he said. “If they really understood the gospel then the gospel is about liberation.

“It’s about an accommodation of the diversity and differences that we have in our belief systems.”

He believes the destruction of traditional culture is “an act of bastardry”.

“It’s about the lowest act you could perform in trying to indicate to a fellow human being that you have total disdain for anything they represent.”

But the born-again Christian converts have defended their beliefs and practices, saying it is their decision to make, and finding God has brought them peace and happiness.

The Aboriginal community of Wangkatjungka has been the site of some of the greatest tensions, after dozens of local people were ‘born again’ and baptised following the arrival of young Tongan preacher Ana Makahununiu in 2015.

Local women called her a ‘prophetess’, believing God spoke through her.

A year after Ms Makahununiu arrived, her followers built a bonfire to destroy ‘satanic’ objects they thought were cursing their community, and filmed the process.

One of the women who helped organise the bonfire said the devil had caused disruption and violence in the community.

“We used to getting bashed from our partners and smoking, drinking with them, every family,” she told Background Briefing. “It’s just not good for the kids.

“It’s not the people really who are getting wild, it’s the devil behind them getting wild.”

A grainy video of the bonfire shows people cheering as objects are thrown into the flames and black smoke billows into the air.

“For many years we have been deceived by Satan and his demonic beings,” an unidentified man narrates as the fire burns.

“Now we throw away all the things that have been keeping us in bondage and slavery.”

“For me, I was a smoker,” one woman said. “I went back home and get a little bit of tobacco and a paper.

“I take it back to the fire and throw it down in the fire. From that day on, I never smoke and I thank the Lord for that.”

The women then burned the dresses they had worn for ‘women’s business’ — the cultural practices and gatherings shared by women — while a local man decided to destroy a bundle of weapons passed down to him by his ancestors.

Later, worshippers turned their attention on a nearby bough shed, or shade structure, where cultural elders gathered when putting local boys through traditional ‘law business’, or coming-of-age rituals.

“We got my car, my Landcruiser,” said one woman. “Then we just slowly moved it, all the bits and pieces, like tin everything, like poles.”

According to the woman, they burnt it all.

Ms Makahununiu’s followers said they happily paid for her food and accommodation so she could stay in Wangkatjungka for about three years.

She now lives in Sydney, preaching at a Pentecostal church in Homebush and working cash-in-hand jobs, despite admitting she’s not legally allowed to work in Australia due to her visa status.

Ms Makahununiu said while she didn’t instruct the Wangkatjungka locals to burn sacred objects, she supported them in their decision to try to cleanse the community of evil.

“My focus was for the people who [were] addicted to drugs or alcohol, cigarettes, all those things,” she said.

“Most of them, they was shouting and happy,” she said. “It was really exciting for them.”

“The most important thing for me is to see the people happy and free not to live in bondage anymore.”

She said she started viewing traditional Aboriginal beliefs as devil-worship after arriving in the Kimberley and meeting local people.

“When they talk, and share the type of spirit they’re using, I can say is very demonic.

“I’ve been seeing that is all connected to witchcraft — that is not from God, that’s all from the devil.”

“The spiritism that I grew up with, it was so restrictive, there was lots of fear, retribution all the time,” she said.

“Would it be better to live in a culture that … there’s nothing but fear and retribution, or go to someone who’s loving, a loving God?”

Ana Makahununiu is planning on returning to the Kimberley soon, with a team of missionaries from Sydney.

“We are planning to rise up again and we’re going to travel to Wangkatjungka, and then I believe this will be a time we’re going to bring everybody all together.”

Pentecostalism rising in the Kimberley

Christian missionaries have a long history of trying to assimilate Aboriginal people in the Kimberley, and discouraging them from practicing their traditional religious beliefs.

Peter Murray is the CEO of the Yanunijarra Aboriginal Corporation south of Fitzroy Crossing and a dedicated born-again Christian.

He thinks some of the new wave Pentecostal preachers don’t understand Indigenous culture and are destroying it, instead of allowing Christianity and traditional culture to live side by side.

“People in the Kimberley are moving onto other churches,” he said. “People are choosing something more exciting that will give them blessings.”

Pentecostalism is the type of Christianity behind popular mega-churches like Hillsong and Horizon Church, which is attended by Prime Minister Scott Morrison. The number of Pentecostals grew by 20 per cent in the decade to 2016, while other Christian denominations shrank.

But the Pentecostalism flourishing in remote areas is based on a more literal interpretation of the Bible and focuses on God’s ability to affect real-world change for followers. Practices like being ‘slain in the spirit’, with parishioners collapsing during prayer in religious ecstasy, as well as speaking in tongues are increasingly common.

Forward in Faith is one of the Pentecostal churches that has entered the Kimberley in recent years.

Founded in Zimbabwe, the church has 68 congregations in Australia, many in largely Aboriginal towns and communities in Western Australia and the Northern Territory.

At a recent prayer meeting in the town of Port Hedland, Elder of the church Kenneth Chihwayi told Background Briefing Aboriginal spirituality is not compatible with Christian faith.

“They were into drugs, they were drinking, they had broken marriages, they had bitterness, they had all these things,” he said.

“We preach the love of God, and when a person understands and accepted the love of God inside him, he will decide I want to stop drinking, this is not good. That’s how we have managed to penetrate the Aboriginal.”

Mr Chihwayi believes his church is particularly well placed to appeal to the Aboriginal community.

“Generally speaking, Aboriginals mistrust white people,” he said. “They consider Africans as brothers, so they open up to us.”

Aboriginal converts to Forward in Faith believe the church has helped them in their everyday lives, including Bidyadanga resident Sue Mandijello.

“In this Ministry, Forward in Faith, I have found that I changed my life,” she said. “Some years back I was on dialysis for five-and-a-half years and come 2011, I received a new kidney, so just believing God, this is a gift from him.”

But others are cynical about the promised benefits, including Karajarri man Gordon Marshall, who worked for more than 20 years as a police liaison officer in the Kimberley.

“These people, they’re vulnerable, and they [the church] come along and catch them and say, ‘I can help you’,” he said. “I think they just prey on vulnerable people.”

He said one of the most disturbing incidents he heard about was an attempt by born-again Christians in the central Kimberley to bring a baby back from the dead.

A belief circulating among born-again Christians in several remote communities Background Briefing visited is deceased people can be resurrected through prayer.

Witnesses described distressing scenes at one funeral held in 2015, where Pentecostal converts attempted to resurrect a baby girl who’d died of an illness.

It’s understood the burial was delayed for several hours while people sang, danced and prayed for the baby to ‘wake’.

Witnesses have told Background Briefing the instigator for the resurrection attempt was a pastor with the Zimbabwean Church Forward in Faith.

A church spokesperson has said they had no knowledge of the incident, and raising people from the dead was not “part of the Gospel we preach”.

He said the pastor allegedly involved has been on medical leave for about two years, and does not act on behalf of the church.

For Senator Dodson, promises faith could solve the problems of poverty and disenfranchisement are dangerous and misleading. He said real solutions still required work.

“It is about getting effective, real education into these locations,” he said.

“At the end of the day, it’s about strengthening leadership, and the leaders getting supported in their stands for what they understand and know are true to their cultures and societies.”

Christians murdered in Fulani attack ahead of Trump-Buhari meetings today 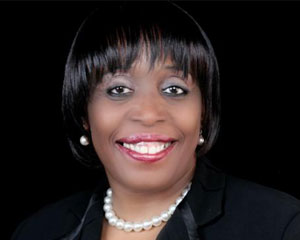