The Co-op, Sainsbury’s and Boohoo have emerged as the three retailers listed on the BAME 100 Business Leaders index, which was revealed this week.

Mahmud Kamani, the co-founder of online fashion retailer Boohoo, was also on the list.

The index lists the best of the UK’s black, Asian and minority ethnic (BAME) talent across the private, public and third sectors.

Both Khoury-Haq and Lea were credited for displaying strong leadership and management qualities to place them on the index.

Green Park aims to help organisations meet Sir John Parker’s government-endorsed target of having at least one BAME member on every major board in UK businesses.

Despite pressure from the government, shareholders and consumers to appoint more BAME people into board positions, Green Park found that the UK’s largest entities were making little or no progress in this regard.

Comparing the movement of individuals in the past BAME 100 Business Leaders indices, Green Park’s research suggests a “one in, one out” policy in private, public and third sector board appointments.

The first BAME 100 index launched three years ago and since then 28 of the 178 leaders shortlisted were appointed to 30 new board roles across the private, public and third sectors.

Even after considering board directors who had stepped down, moved abroad or passed, Green Park found there had been a net gain of just one new BAME board member in the last three years. 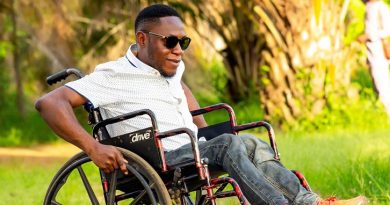 For People with Special Needs, Every Church Is ‘Accessible’ Now

Call for end to ‘Worship Wars’ at CRE National 2019