Paul Mills is a multi-award-winning composer that has scored 15 feature films including the 2019 release “Overcomer”, the critically acclaimed “Woodlawn” and the #1-rated inspirational film “War Room,” for which he won an ASCAP Screen Music Award in 2016.

Paul Mills grew up in a home full of music. His father played in big band cover groups and loved the music of Glen Miller, Frank Sinatra, and Bing Crosby as well as orchestral music from composers like Henry Mancini, Ennio Morricone, so, Mills was exposed to a variety of music early on.

In both his local church and secondary schools, Mills was involved in choir and band and later played at local events. He attended the University of Houston to study music and began working part-time in a recording studio as an engineer, arranger, and producer and received his first opportunities to score short films and documentaries.

This led to an opportunity to score his first nationally released feature film Still Breathing starring Brendan Fraser, Celeste Holm, and Lou Rawls. Mills spent two months holed up in an apartment with his gear and family. The score was recorded at Paramount Studio M, where many of Mills’ composer heroes had also recorded: Elmer Bernstein, Jerry Goldsmith, Bernard Herman, John Barry, and so many others. A 60-piece orchestra played Mills’ new score to the delight of the filmmakers. If Mills wasn’t hooked before, film scoring definitely had him hooked now.

As time went by, in addition to continuing to produce and mix music projects for many Gospel and CCM artists like The Imperials, Twila Paris, Third Day, Mercy Me and Broadway star Heather Headley, Mills began to get more opportunities to score faith-based films like October Baby, War Room, Woodlawn, Run The Race, and Overcomer; as well as mainstream movies like Against The Sun and the Russian film Versus.

Mills was excited to score another Kendrick Brothers movie after working on their 2015 #1 film War Room. After reading the script for Overcomer, Mills felt a personal connection to the film’s message. Mills related closely to the story of coach John Harrison, who let career and life’s hurdles reorder his priorities in an unhealthy way. For Mills, finding one’s identity in Christ and keeping priorities in the right order is something that requires daily attention.

Mills describes working with Alex and Stephen Kendrick as both “wonderful and efficient.” The Kendricks wanted strong, memorable themes for ideas and characters in both War Room and Overcomer. Unlike War Room, however, Overcomer involves more action scenes with the cross-country races, but the collaboration process stayed the same. For example, for the character Hannah, Mills began with a simple, almost child-like piano line. He fleshed this idea out with strings used this cue when we are first introduced to Hannah.

Overcomer has a lot of emotionally charged scenes and Mills’ biggest concern was letting the music get too melodramatic and busy for the dialogue-heavy scenes. His compositional approach was to score each scene with as few notes as possible. Simplicity was the key, so themes needed to be memorable yet simple. The movie opens with the Overcomer Theme, which is just six notes. Hannah’s Theme is just a three-note motif repeated at different intervals. This kept the music to a minimum unless it really needed to assert itself, as in places like the racing scenes.

During the composition process, Mills had his own obstacles to overcome. Mills’ wife, Cathy, has suffered from treatment-resistant major depression for decades, which can be a real obstacle to Mills’ faith and his being able to effectively work in a creative discipline like film scoring. But drawing on the angst of those challenges, and then finding the strength to overcome them through much prayer and persistence, gave Mills the emotional depth to draw on to give the score meaningful intensity during the characters’ struggles and wonderful release at their triumphs.

The Power Of Music

Mills, as well as the Kendricks, believe in the power of music to inspire and help people in their journey. For those who may be facing challenges in life, Mills suggests finding time to be quiet and pray every day, to hit the reset button and gain strength. Soothing music can help settle the mind. Mills’ listens to orchestral music, much of it from films, in his quest to start each day quietly; reading the Bible, praying and quoting his favorite scripture verses to himself. Mills notes that triumphant music can help with an exercise regimen, doing chores around the house, and preparing for the workday. Mills says he can’t, of course, listen to music while composing, but many peoples’ work can be done while listening to music.

Next up for Mills is finishing producing and mixing the songs for the new Erwin Brothers music biopic I Still Believe, a story about Jeremy Camp. He is also scoring the new comedy with comedian Chonda Pierce called Lien On Me.

You can follow Paul Mills’ journey at these following channels: 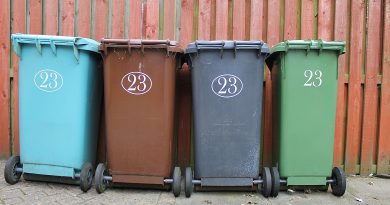