The Centre for Literacy in Primary Education (CLPE) has revealed that there has been a slight increase in children’s books featuring a BAME (Black, Asian and Minority Ethnic) character – from 4% in 2017 to 7% last year – with a rise in BAME central protagonists, from 1% to 4% in its second annual report on the issue.

The ‘Reflecting Realities: Survey of Ethnic Representation within UK Children’s Literature 2018‘ report was released on Thursday (19th September), with the key finding that there has been an increased presence of BAME characters in children’s books published in 2018, compared to the previous year.  This is the second year the survey has been conducted in the UK, with the aim of identifying and highlighting representation within picture books, fiction and non-fiction for ages three to 11. The document was launched at an event attended by publishers, influencers and media at the CLPE centre in Waterloo, central London.

The report found that the number of BAME protagonists has increased from 1% to 4%, and the number of books featuring a BAME character has increased from 4% to 7% compared to 2017. This equated to 743 books found to have a BAME presence out of 11,011 books. BAME pupils make up 33.1% of the school population in England. Additionally, publishers reported to the CLPE that 42% of the books they published in 2018 featured animals or inanimate objects as main cast characters.

The 23-page report, which saw the CLPE work with a steering group, also alluded to a sense of progress following the first report last year, and highlighted areas of good practice. “Our findings in the 2018 report – which covered data for the calendar year 2017 – did not surprise us,” the report reads. “What did surprise us, and indeed inspire us, was the range of ways in which last year’s report galvanised others. Our report shone a spotlight on the work of independent publishers like Alanna Max, Knights Of, Lantana Publishing, Otter-Barry Books and Tiny Owl whose commitment to reflecting the realities of young readers was already evident in their work.”

It received a greater volume of submissions this year compared to the first cycle of submissions in 2018, with more publishers engaging in the process this time. Apparently there was a better balance in terms of the spread of titles aimed at readers across age groups. There was a wider sample of genre in this year’s survey which “reflected publishing market trends, including an increase in fantasy and social justice titles”.

However, the CLPE warned that beyond volume, it wished to “encourage quality portrayals and presence” as “quantity alone will not suffice, particularly if the quality is poor or, worse still, problematic”.

While the authors conceded that “in this second cycle, we found broader, more nuanced relationships within the cast of main characters,” they were still concerned about preventing tokenistic appearances of BAME characters. “This survey has raised important questions for us about what constitutes valid, appropriate and quality presence.”

There were various concerns around ‘Characterisation’ of BAME characters. “It was often the case that characters from BAME backgrounds in the submitted books were less well drawn than equivalent white characters, both in terms of actual illustration and in terms of character development,” the authors wrote. “For example, there were a significant number of books submitted where characters were drawn with exaggerated features that amplified their ethnicity in a way that reduced them to caricatures. We observed instances of colourism, in which there was a direct correlation with the skin tone and the virtue of a character.”

The report also provided 10 “degrees of erasure” which provided specific terms of concern including “Cover Short Change” which saw BAME characters only featured on the cover and not inside the book as well as the “Jasmine default”. The authors wrote: “We experienced a disproportionately high number of female characters named ‘Jasmine.’ The name was, in many instances, the only cue available to suggest that the character was from an ethnic minority background and therefore appears to be the reason the book was submitted for the survey.”

There were a number of recommendations listed to ensure more comprehensive representation. It was suggested that thorough research and careful consideration to ensure “nuanced” portrayals and that the industry should invest in both established and new authors from a range of backgrounds. While BAME characters need to be better represented, it should not be “a tick box exercise”, the CLPE said. Content should be balanced, BAME characters “need to be well developed and authentically portrayed”. The report’s authors went on to say that these characters “should not be predominantly defined by their struggle, suffering or ‘otherness’” but should instead be “central to many narratives”.

Aimée Felone, co-founder of inclusive publisher and bookshop, Knights Of, welcomed the report. She told The Bookseller: “The CLPE report shines a light on troubling and problematic features in kids books  – overuse of background BAME characters, characters that are ethnically ambiguous and [using] hair as a single, insufficient cue that characters are from a BAME background.

“Many of the books published are still inadequate and rather alarmingly dangerous in their depiction of characters that are from BAME backgrounds.”

She added: “The report highlights that the quality and quantity of inclusive books published needs to drastically improve.”

Stephen Lotinga, c.e.o. of the Publishers Association, said: “While it is positive to see incremental progress in these new figures, publishers know that there is much more to do and that the rate of change must accelerate further. The emphasis on quality as well as volume recognised here is also important. As well as building on established initiatives, publishers are making changes to areas such as their commissioning and submissions processes.”

Meanwhile Louise Johns-Shepherd, c.e.o. of CLPE, described the process as “just the beginning of a journey”. She said: “The call for more inclusive books is as much about quality as it is about volume. Better representation means just that, better in all regards, because all young readers deserve the best that the literary world has to offer.”

Sarah Crown, director of Literature at Arts Council England, said: “While it’s very encouraging to see an improvement in rates of representation in this year’s survey, it’s also important to note that at this stage, the improvement is incremental. We will continue to work with CLPE to identify what actions may be needed to increase the rate of change.”

The survey is inspired by the model from the Co-operative Children’s Book Center, at the University of Wisconsin, in America which has published data on US children’s books since 1985.

The first, ‘Reflecting Realities’ study was published in July 2018, while in December it was revealed the CLPE had secured funding for a second survey.

WHY ME? My fight for life from heartbreak to hope

How to get more from your social media activities 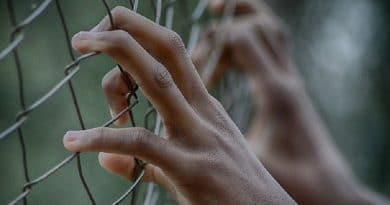