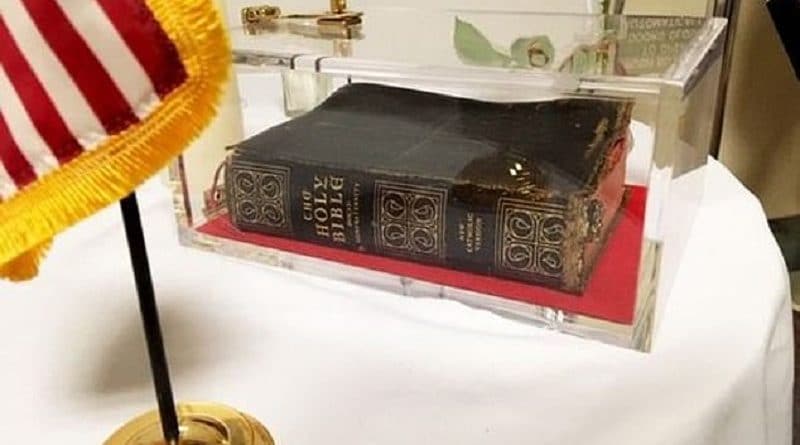 A federal judge has ruled that a lawsuit filed by a US Air Force veteran to remove a Bible on display at a Prisoner of War memorial can move ahead.

The Bible sits in the Manchester VA hospital in New Hampshire on a memorial display called the ‘Missing Man Table.’  The holy book was donated by a German POW who is now 100 years old.

James Chamberlain, who has described himself as a devout Christian, filed the lawsuit against VA medical center director Alfred Montoya in May. He said that seeing the Bible on the memorial offended him when he went past it.

The Bible sits in the Manchester VA hospital in New Hampshire on a memorial display called the ‘Missing Man Table.’ James Chamberlain said that seeing the Bible as he walked past offended him and that it was a violation of the first amendment of the constitution

Alfred Montoya, pictured, is the man being sued for allowing the Bible to be on display. Though the judge ruled that the lawsuit can go ahead, veterans turned up to support the Veteran’s Association, claiming that it would be an affront not to display the holy book

He also believes that it should be removed as it’s a violation of the First Amendment.

‘Based upon Jim’s beliefs and his service to our country and his Christianity,’ Chamberlain’s lawyer, Lawrence Vogelman, told reporters at Fox News outside the courthouse.

Talking about the case, Judge Paul Barbadoro said he was unsure whether Chamberlain could claim injury due to the fact that he is a Christian himself.

His lawyer said that it was unchristian to exclude other faiths.

The removal of the Bible caused uproar from veterans with many demanding it be put back.

The argument has raged with US Vice President Mike Pence chiming in that VA hospitals will not be religion free-zones ‘under this administration.’

At the hearing yesterday, many veterans showed up to support the Bible’s place at the memorial, saying that it was in fact something that was clung to by soldiers during the war.

One of the men standing outside the courthouse, Quinn Morey of the Northeast POW/MIA Network, told reporters that it would be an affront to the prisoners’ memory not to have the Bible on display.

‘The Bible got the POWs through their horrible captivity,’ Morey said. ‘It would actually be an affront to them if it were not represented at the Missing Man table.’

Both parties will be meeting over the next months to decide on steps forward. 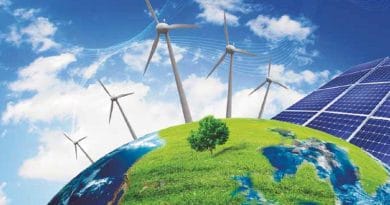 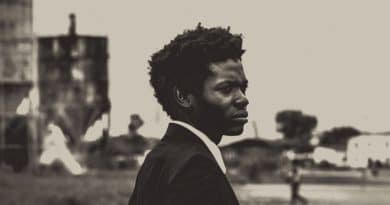 Black-owned firms are twice as likely to be rejected for loans. Is this discrimination?