A young Memphis pastor is accused of swindling more than a dozen people into believing he was running a new church with big name backing.

Greater Victory Church of Memphis started and shut down in a matter of weeks and former staff members told FOX13 the church seemed legitimate at first.

The senior pastor Jaycolby Robinson said this was a plant church under Bellevue Baptist Church and associated with the Southern Baptist Convention. Several staff members say after being hired, Robinson also gave most people offer letters with salaries and start days.Content Continues Below

But after a couple of services, members say they realized these positions and the church weren’t real.
A new church for millennials with service starting at 1 p.m. Regina Osei said that’s how 22-year-old pastor Jaycolby Robinson described Greater Victory Church of Memphis.

“He said that it was a church plant through Bellevue Baptist and the Southern Baptist Convention,” said Osei.

After applying online and an informal interview process, Osei was hired as an associate pastor for the new church. When she joined the team, she said Robinson told her there was a delay in funding and no one would get paid until October.

“I thought well, I do ministry anyway in various ways that are unpaid, so I didn’t really have a problem with the ministry aspect of it. But I did tell him, ‘I do expect to be paid when I’m working a job,’” said Osei.

She wasn’t the only who worked for free.

“I worked the full day through the service providing protective services and came up with a game plan for Jaycolby security-wise,” said Charles Lyles who was hired as the church’s Director of Security.
FOX13’s Kirstin Garriss talked with Lyles over the phone. Lyles said he took the job partly because of its assumed affiliation with Bellevue Baptist Church.

“[Robinson] told me their budget was $1.8 million over two years from Bellevue,” said Lyles.

But after a couple of services, Osei said she noticed some red flags. One of them happened when Robinson announced he had been promoted by the Southern Baptist Convention.

“This week, Southern Baptist saw so fit to elevate your pastor to the office of overseer. Thank God for that, Amen? Amen. So there are seven churches overall that we will be overseeing and this will be the headquarters for their district, amen? Amen,” Robinson said in a video sent to FOX13 from a former staff member who wanted to remain anonymous.

“I knew something was wrong and I knew I was going to be leaving that day,” said Osei.

Lyles said he also got suspicious after Robinson asked him for $30 for a background check.

“Then I thought it was a little fishy. Because every company I’ve worked with, the background check is included. You shouldn’t come out-of-pocket for it,” said Lyles.

Lyles said he called Bellevue Baptist Church and its security said they hadn’t heard of the church. Osei said she got a similar response after she called the Mid-South Baptist Association, which works with the Southern Baptist Convention to start new churches.

Osei said she confronted Robinson about the inconsistencies, and he denied them. Shortly after that, Osei and two other former church staff members filed a police report against Robinson for false pretense, swindling and confidence game.

“I felt a responsibility to help others not be scammed because some people actually lost a lot,” said Osei.

A representative from Bellevue Baptist Church said they never authorized Robinson to start a church using its name.

FOX13’s Kirstin Garriss talked with Robinson on the phone three times for this story, but he declined her multiple requests for an on-camera interview. Over the phone, Robinson said the church was shut down and it was never affiliated with Bellevue Baptist Church. Robinson claims he was misinformed about the process for funding a new church.

When FOX13 asked him who was supposed to fund Greater Victory Church of Memphis, he said “different people,” but he didn’t specify who. Robinson said he apologized to everyone but Osei believes he should be held accountable for his mistakes.

Robinson said the church is closed and he refunded everyone’s money. But some like Osei told FOX13 they still haven’t gotten their money back for the background checks and other expenses made on behalf of the church. 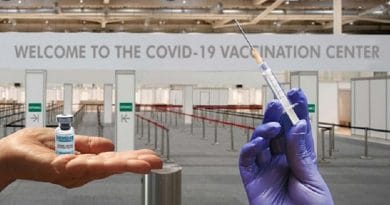