In a school near you, they might be preparing for Black History Month. What you may not realise among the celebrations of familiar black history heroes such as Walter Tull and Martin Luther King are some of the questionable methods some teachers are using to do that.

In the past couple of years alone, teachers have placed children under tables and asked them to imagine what life aboard a slave ship was like. They have also asked pupils to engage in mock slave auctions with rulers as proxy for whips to cultivate empathy, to learn lessons from the past and to ensure, as one white teacher admitted to me during my doctoral research, that people “know our shame” because she feels personally “guilty” about enslavement. But who is the “our” in her admission? Teachers in England overwhelmingly self-identify as white, and while it is perfectly justifiable and decent to feel emotions including guilt when encountering human tragedies, this should not be foundational for how black histories are engaged with.

A quick image search on a search engine will reveal that being overrun with guilty emotions is like being shackled to a ball and chain. Or under a boulder. It is heavy and oppressive. One is encouraged to break free from such feelings in order to feel liberated. There are three defining characteristics of guilt: firstly, a person accepts a moral code has been broken.ADVERTISING

Secondly, the individual is keen to centre themselves and what they feel personally responsible for – even if guilty by association. Lastly, there is a sense of responsibility for causing harm and wanting to make restitution. Sounds reasonable if you are operating under a legal framework, but this is education. And wanting to make restitution does not mean it has happened or in a way that satisfies the other party. That’s the approach many teachers take when engaging with black history, but seemingly not so when it comes to teaching other aspects of history, such as the Holocaust or partition.

There is no statutory place for black history under the current Key Stage 3 history curriculum in England and children are picking up very quickly on the hierarchical ways historical narratives are taught and the implicit messages they send about who belongs, who can be authentically British and whose histories are worthy of careful reflection and respect. Whatever your personal thoughts are on the purpose and usefulness of demarcated black history units once a year, teachers would not conceive that on 1 November, they are returning to white (often English) history. It’s “just history”. However, it is that unmarked and taken-for-granted assumption that historical narratives are not ideological, filled with blind spots or laden with racial markers that keeps privileging those who are from dominant groups. In addition, simply focusing on random celebrities or token figures ignores the purpose of the substantive content. Moreover, having children laying under a table imagining what life was like aboard a slave ship trivialises the horrific realities endured by millions of Africans. It could never be comparable to that experience and neither should it be as it is a form of symbolic violence and a type of false empathy.

White guilt is typically understood by colleagues in psychology to be a dysphoria felt by Europeans who recognise their illegitimate advantage gained over other racial groups. Unfortunately, it is limited because of its unpredictability: there are no guarantees that this emotion will stir white teachers into racial literacy. Instead, white guilt concerns the self – a preoccupation with the redemption of innocence rather than the marginalised other’s needs. However, this is not simply about blaming individual teachers – the problem is structural.

The issue of white guilt should not be cut off from the wider issues within the curriculum. It is a tall order to expect teachers – white or otherwise – to research and teach culturally sensitive content when they themselves have digested a monocultural curriculum. In an ideal world they would, but this is neither an ideal world nor ideal times amid a hostile environment and a sharp rise in racist incidents.

The lack of structural guidance around black history cultivates too many opportunities for black history to be engaged with in a tokenistic way or just badly. The teacher I interviewed during my doctoral research was keen to show pupils how white people have been privileged economically by enslavement; however, this alone does not make her an anti-racist teacher. Her approach ignores how even well-intentioned teachers are complicit in privileging the already systematically privileged in the curriculum, by contributing to the parochial ways in which black history is engaged with and benefitting from ignoring wider concerns about the absence of diverse narratives elsewhere in the curriculum.

Rohingya refugees cannot be repatriated until their safety and security can be guaranteed. 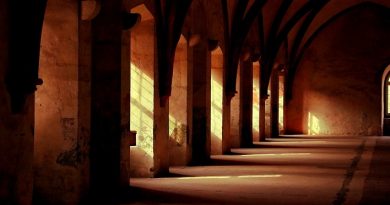