Catholic bishops from around the world are meeting at the Vatican to discuss the future of the Church in the Amazon.

Over the next three weeks, some 260 participants will talk about climate change, migration and evangelism.

Pope Francis opened the talks on Sunday by blaming destructive “interests” that led to recent fires in the Amazon.

“The fire of God is warmth that attracts and gathers into unity. It is fed by sharing, not by profits,” he said.

But one topic has dominated the headlines: whether married men will be allowed to become priests.

One of the items on the working document – the instrumentum laboris – is the suggestion that in remote parts of the Amazon, older, married, men should be ordained.

They would need to be men who are particularly well-respected and, according to the document, they would preferably come from the indigenous communities where they intend to work.

South American bishops have advocated for this in an effort to address the shortage of priests in the region.

Only priests can consecrate the Eucharist, which is a key part of Mass. It is estimated that at least 85% of villages in the Amazon are unable to celebrate Mass every week as a result of this shortage and some only see a priest once a year.

“Pope Francis, coming from Latin America, has an instinctive understanding of some of the challenges of that region,” says Professor Gregory Ryan, from the Centre for Catholic Studies.

“The concern of how thinly priests are spread in the Amazon region is really the fundamental thing at the root of this,” he adds. “It is tied in with the very strong Catholic sense that the Eucharist is at the heart of regular Christian community.”

Why is it controversial?

For many, celibacy is a key part of being a Catholic priest. A priest is supposed to be married to God and not be distracted by what some consider to be worldly concerns like a wife or a family.

Professor Linda Woodhead MBE, who specialises in the sociology of religion, says that in addition to celibacy, Catholic priests and nuns “are given their housing [and] basic allowance so that they are fully dedicated to doing what they are doing.”

“People feel that that priest has the time to give them and they’re not intruding on someone’s private life,” Prof Woodhead says. “That priest is there and is available for them and that is quite a special thing.”

For traditionalists, this is an issue about the direction in which Pope Francis is taking the Church. German Cardinal Walter Brandmueller is reported to have said that the Amazon Synod could mark “the self-destruction of the Church”.

Some critics regard the idea of allowing married priests in the Amazon as a pretext to abolishing celibacy as a requirement altogether.

They are also suspicious of the suggestion that the synod could “identify the type of official ministry that can be conferred on women” and fear it could mark the beginning of ordination for them too.

But for Prof Woodhead this is less a battle for the soul of the Church and more about an institution that is evolving. “The Catholic church always changes, like any institution that lasts so long,” she says.

“It has changed radically even since the 20th century. It used to be opposed to democracy, liberalism and human rights. It now champions human rights.

“It constantly changes but it does so in a considered way, ” she adds. “In dialogue with its own tradition.”

So could we see married priests?

Some Anglican priests who converted to Catholicism after leaving their churches in protest at the ordination of women have been allowed to continue in their ministries. And Eastern-rite churches also have married priests as a matter of course.

There are some who say it is inevitable that, if married men being ordained is agreed for the Amazon, it could eventually happen in other regions with a shortage of priests such as the Pacific islands.

But Prof Ryan argues that “if this happens at all it will very much happen as an exception”.

“One of the things people are very concerned about is does the exception become the rule,” he says. “I think the church will resist that instinctively. The celibate clerical culture is deeply embedded”. 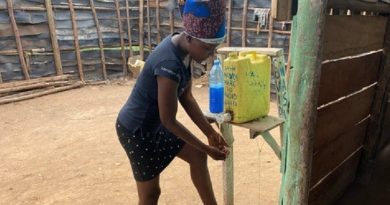