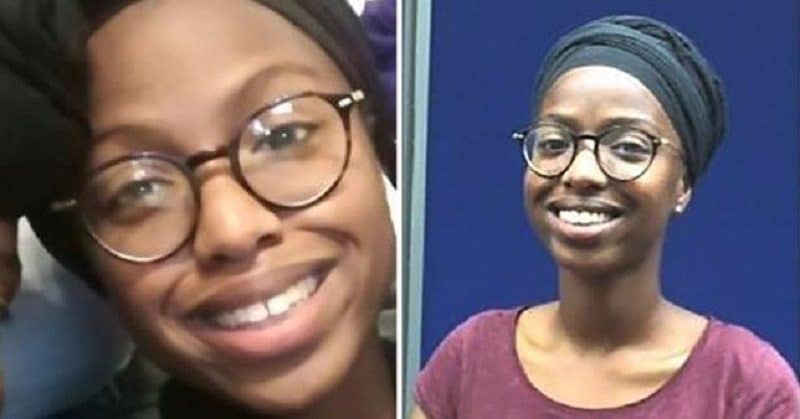 Human remains found in woodland near Stevenage could be those of murdered student midwife Joy Morgan.

Officers were called by a member of the public to the wood at Chadwell Road, Norton Green near junction 7 of the A1M early on Saturday.

Despite a man being convicted of her murder, the body of 20-year-old Joy has never been found.ADVERTISING

She lived in Hatfield where she was studying at the University of Hertfordshire, was last seen on Boxing Day at a church event in Ilford.

She was reported missing on 7 February after failing to return to her studies.

A member of the church Shofah-El Israel, 40, of Fordwych Road, north-west London, was found guilty of her murder at Reading Crown Court in August.

A spokeswoman for Hertfordshire Police said identification had not yet been carried out but acknowledged that the possibility the remains were Joy’s ‘is a line of inquiry’.

She went on: ‘Police were called by a member of the public at 7.43am on Saturday 5 October to reports of a suspected human body found in woodland off of Chadwell Road, Stevenage.’

Joy Morgan was killed in December 2018 by Shohfah-El Israel, 40, who received a life sentence with a minimum of 17-years for her murder – but he has never revealed where her body is.

When Israel was jailed at Reading Crown Court, Miss Morgan’s mother, Carol, pleaded with him to reveal where her body was.

Speaking outside the court, she said: ‘Give me my baby back, he knows where she is.

‘The way I hear it, he was besotted with her … If he loved her, give her back up to us so I can bury my daughter.

‘If I get to see her before I die I’ll be very grateful.’

Israel, whose birth name is Ajibola Shogbamimu, and Miss Morgan spent time alone together, against strict church rules, and he murdered her.

He then tried to cover his tracks by removing her number from a church Telegram group chat and even kept up the pretence by going to her student house share under the guise of checking on her in the days after she apparently went missing.

The pair met at Israel United in Christ (IUIC), which has since been described by the victim’s family as a ‘cult’.

Joy’s mother Carol claims that the church encouraged its followers to divide people by colour.

After joining the UK sect of the group based in Ilford, East London, the 20-year-old’s family say there was a dramatic change in her character.

Speaking to the BBC, Carol said: ‘I blatantly called my daughter racist. The moment she started getting more and more into the church it was unbearable.

‘In the house we were ‘dirty people’ because we were not converted to the faith. That means we were sinners.

‘She would make you feel like you were diseased.  That’s how bad it was.

‘She would come into the house and if I had a vest top on, she’d say ‘Mum you need to cover yourself up, you need to take off your shoes”.

She explained her behaviour reached boiling point when she referred to her mixed-race sister as a ‘white devil’.

She said: ‘She was, bit by bit, wanting to change us but at the same time white people were devils.

‘The moment she called my mixed-race daughter a demon because she is mixed-race I said: ‘No’.

‘I took the laptop away and that’s when things got to the point of arguments and she left. She went homeless.’

Joy’s sister Dionne, 34, said: ‘The teaching of the church, it just seems like a cult and she just got swept away in it.’

Carol had phoned her daughter on Boxing Day 2018 in the hope that she would join her family to celebrate Christmas but this was forbidden by the church.

Instead, the midwifery student spent the day with the group at the church, which was the last time she was seen.

But the religious group, that has a congregation of around 150 members, did not report her missing when she failed to turn up in the following weeks.

It wasn’t until six weeks later, when Joy’s mother received a call from her estate agent saying that she had not been paying her rent that she was reported missing.

Outside court during the murder trial in August 2019, Carol confronted some IUIC members and asked: ‘Why did none of you phone the local authorities, the police, the 999 services?

‘That’s the thing that gets me. Isn’t that a Christian thing to do? A real Christian thing. To care about another human being enough to call the police.’

IUIC denies that it is a hate group and says ‘at no point do we teach against the laws of the land or authorities.’

Bible Society has launched a new tool to help people search, read, engage with and share the Bible. 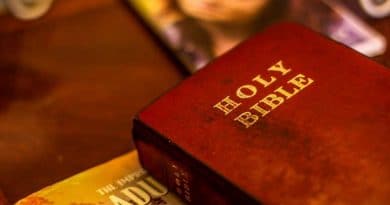 ‘Odds were against us, God was not’: Firefighters say Bibles survived West Virginia church fire