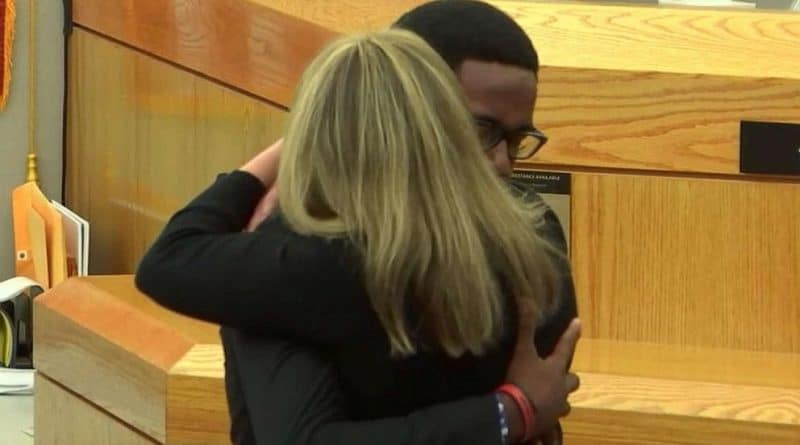 This week, former Dallas police officer Amber Guyger was sentenced to 10 years for the 2018 death of Texas man, Botham Jean. The case is a remarkable one—Guyger shot Jean when he was inside his apartment eating ice cream. She claimed that she didn’t realize that she was in his apartment, not hers, and said that she opened fire because she was scared.

At her sentencing, Jean’s brother, Brant Jean, told the court that he forgave Guyger for his brother’s death and gave her a hug.

“If you truly are sorry, I know I can speak for myself, I forgive you,” he said.

Judge Tammy Camp, who presided over the case also hugged Guyger and gave Guyger her personal Bible telling her, “You need a tiny mustard seed of faith. You start with this.”

The incident got mixed reactions in the press and on social media. Some people thought that Jean’s family was doing the Christian thing in forgiving Guyger. Others said that the world asks Black people to forgive too much. Not only that, but would Guyger have been treated this way if she was Black? And while Jean’s brother can grieve and forgive however he wants, a judge hugging someone found guilty of a crime is inexcusable.

Earlier in the week, I spoke with The Real News Network’s Jacqueline Luqman about why this story is so compelling.

Luqman said that one thing that’s happening with this story is that people are misinterpreting Christianity: “People, especially Christians and particularly Black Christians, have a very skewed interpretation of the doctrine of forgiveness as it’s preached and taught in American Christian churches,” she said. “We are taught…that we’re never supposed to be angry at what is done to us and it doesn’t matter if it’s someone who steals from us or if it’s, for example, the extrajudicial killing of an unarmed black person by law enforcement. We’re just never supposed to be angry. We’re always supposed to be meek and humble and we’re supposed to automatically, immediately forgive whatever anyone does to us.”

Luqman explained that this focus on forgiveness is not necessarily Christian, though it is consistent with white supremacist ideology, where here in the United States, the Bible was often used to oppress and control enslaved Africans and encourage them to be subservient.

“We’re talking about the difference between the epistles and the gospel of Jesus Christ, which directly confronts and challenges unjust authority,” she said. “This was a tool, the misinterpretation of these scriptures, to control oppressed and enslaved people,” she said. “But when those enslaved and oppressed people actually were given the opportunity to read the scriptures themselves, they found in those very same scriptures a very different representation of the Christian God.”

Luqman pointed out that figures like Nat Turner, John Brown, Harriet Tubman, Sojourner Truth, and Marcus Garvey were revolutionaries who were also motivated by the Bible.

“This deity was someone who they found in the scriptures was on the side of the oppressed. He fought for justice and he compelled people who believe, who were believers, to fight for justice on behalf of the oppressed. But this is one of the reasons why reading was prohibited among enslaved populations so that message of liberation could not be imparted to those people.”

You can watch the entire Real News Network segment at the top of the page or by clicking here. 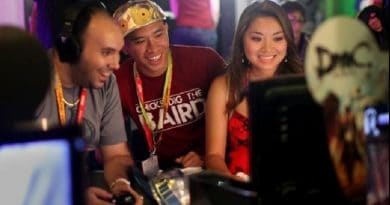 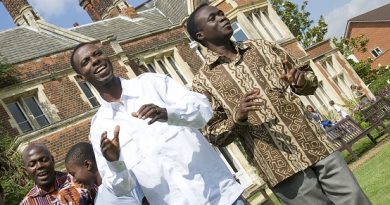 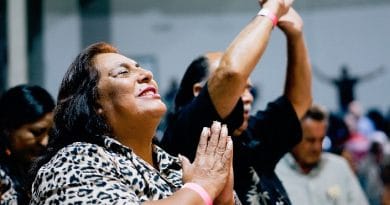