The SU announced on Tuesday that it is shifting from a “non-racist to an actively anti-racist” stance.

But Sheffield SU bosses say “only black and minority ethnic students” will be allowed into meetings to share their views.

Those wishing to join two focus groups being held to discuss “how we can create an anti-racist Students’ Union” are promised on the sign-up form that the SU “really values hearing your experiences and ideas”.

However, a few paragraphs below, it states: “Please note that these sessions are only open to black and minority ethnic (BME) students.”

The Sheffield Tab understands that the policy change will involve the SU taking more active measures to confront racist language and actions.

It follows outcry over a Uni of Sheffield student throwing a banana at a black Hallam student during Varsity ice hockey in 2018.

Announcing the new policy on Tuesday, SU women’s officer Rosa Tully and welfare officer Beren Maddison said on Facebook that the focus groups, based in the Octagon, are “open to BME students only”.

“To do so, we are enlisting a member of the National Union of Students to audit the Students Union to see what we can do better.

“However, we need your help to incorporate your ideas and experiences into our work. We are hosting two focus groups on the 14th of October, open to BME students only.”

Last month students at the Uni of Edinburgh sparked controversy for planning to hold an “anti-racism” event where white attendees were barred from asking questions.

University staff raised concerns after reading promo material for the conference, named Resisting Whiteness, which said: “We will not be giving the microphone to white people during the Q&As, not because we don’t think white people have anything to offer to the discussion but because we want to amplify the voices of people of colour.”

Sheffield SU and the NUS were both unavailable for comment when contacted by The Sheffield Tab on Tuesday afternoon. 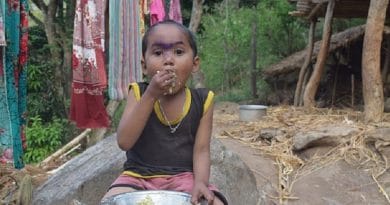 We must step in to prevent mass famine in Madagascar

Government must act or be forced to act on measures to help slavery victims, says new campaign