Enormous bags of trash litter the streets and fill every nook and cranny, and the ambient scent is correspondingly pleasant. Pictures of Coptic popes and Jesus and Mary cover the walls, often next to hand-painted scenes from Mecca. Emaciated cats lounge about.

If any place epitomizes the decrepitude and magic of the Egyptian capital — presenting both qualities in equal and abundant measure — it is this place called Garbage City.

The center since the 1960s of Cairo’s recycling industry, it’s also home to a remarkable Orthodox priest who ministers to the lower-middle-class Copts in the neighborhood — and who stands as a luminous symbol of the durability of his people and faith despite centuries of pogroms and discrimination.

Copts have a long collective memory of oppression, to which the “Arab Spring” added many terrible new entries. “For me the events of 2011 were not a revolution but an invitation to chaos,” Father Boutros says as we sit down for an interview in a living room above an office-restaurant complex close to his monastery in Garbage City. “The years of the Brotherhood for me was some of the darkest days of my life. And the days of the [2011] revolution were likewise dark days.”

Asked to give examples, he is overwhelmed: Where does he start?

In March 2011, Islamist thugs attacked a church in Giza, desecrating the altar. Enraged, people from Garbage City descended upon the church to protest — only to find themselves facing the combined force of the thugs and the Egyptian soldiers (Muslim Brotherhood infiltrators, Father Boutros thinks). Military snipers shot nine Copts. That was followed a few months later by the army massacre of some two-dozen Coptic youth protesting the demolition of a church.

That was all before the Muslim Brotherhood came to power in 2012, launching a period that saw relentless street-level harassment, church burnings, threats of acid attacks against Coptic women and much else.

And all for what? The revolution, Father Boutros says, “changed nothing. The poor are still poor. Those who don’t have social support still lack it. Corruption is still rife.”

Still, he is quick to add, “the current president is much better than the Brotherhood.” The state doesn’t broadcast openly anti-minority sectarian propaganda under President Abdel Fatah el-Sisi. The state’s tone and rhetoric have markedly improved.

The trouble is that the bureaucracy, judiciary and local governments don’t mirror this shift. When, in 2016, Muslim thugs attacked a 70-year-old Coptic woman in her home, stripped her clothes and paraded her around the streets naked, Sisi vowed to punish the perpetrators. The security forces failed to follow through.

Islamist terror continues to stalk the Copts, though that only undescores the importance of Sisi’s hard-line war against the movement. Sisi’s methods are harsh and his dragnets sometimes too wide, but anyone tempted to doubt the depth of the threat might visit Cairo’s El-Botroseya Church, next to the seat of the Coptic pope, where in December 2016 an Islamist suicide bomber killed 29 worshippers, mostly women. Military workers worked around the clock to restore the church, but they made a point of retaining the shrapnel marks on one column and the blood of innocents splattered against one wall.

One big problem, Father Boutros says, is the Egyptian constitution, which identifies Islamic Shariah law as the major basis of law. Under Shariah, Christians can’t testify in court (and women’s testimony is worth half of a man’s), among many other discriminatory elements. The priest of Garbage City says: “So the poison goes to the source.”

Nevertheless, Father Boutros persists. “I serve the Lord,” he says, “and that means telling people about Jesus and bringing them to Jesus.” As for any Orthodox priest, that includes baptizing people. In his case and that of a handful of other priests, it also includes baptizing men and women born outside the faith, though he can’t say much more beyond that.

I suspect it is in such developments that Egypt’s long-term hope — and Mideast Christianity’s enduring power — lie. 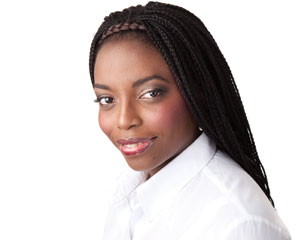 The 8 Pillars for Healthy Living

God is doing a new thing! So, get with the programme! by Grace Gladys Famoriyo