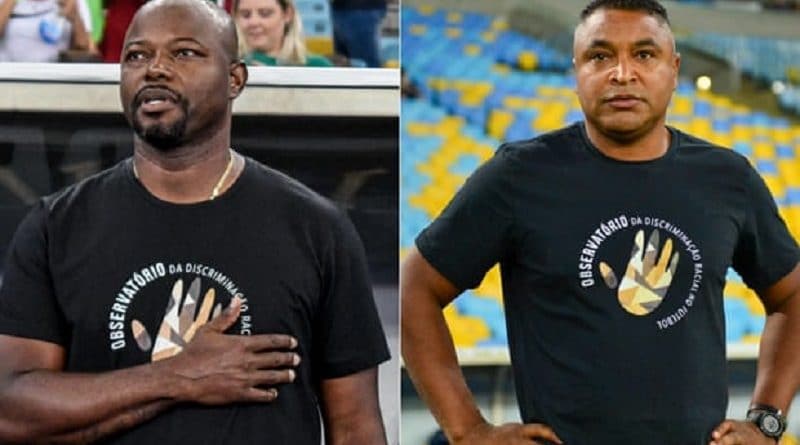 Occasionally football acts as a springboard for conversations that affect society as a whole. That happened in Brazil at the weekend. Before Fluminense hosted Bahia in the Maracanã, the two clubs’ managers embraced on the touchline wearing matching anti-racism T-shirts.

Both men are black. It should not be remarkable to see two black managers leading teams in the top flight of Brazilian football. Yet, in a country where more than half of the population identifies as black or mixed race, only two Série A managers do.

Their T-shirts were emblazoned with the logo of the Observatório da Discriminação Racial no Futebol, an organisation that campaigns tirelessly to rid the game of racism. “I know what I represent, as Fluminense manager, for people of our colour,” said Marcão in his pre-match press conference.

Some people in Brazil still claim that race has no bearing on a person’s life chances, but that could not be further from the truth. Speaking in his post-match press conference, Bahia boss Roger Machado dismantled that myth with an emphatic mixture of clarity, concision and calm. “Two black managers facing each other in the technical area shouldn’t be worthy of attention,” he began. “While more than 50% of the population is black and the proportion represented [in the dugout] is not equal, we must reflect and question ourselves.

“If there is no prejudice in Brazil, why do black people receive a poorer education? Why is 70% of the prison population black? Why are young black people more likely to be killed in Brazil? Why do lower salaries go to black men and women? Why, among white and black women, are black women more likely to be killed? How many black women are there in sports journalism? If there’s no prejudice in Brazil, what are the responses to these questions?”

People say that me being here is the proof racism doesn’t exist. No. The proof of racism is that only I am here.Bahia manager Roger Machado

“We live with structural, institutionalised prejudice. Insults are only the symptom. The responsibility belongs to all of us, but the blame for this backwardness after 388 years of slavery belongs to the state. We have a system of beliefs and rules that were established by power. The power of the state, the media, the church. When these powers do not want to accept that racism exists and that there needs to be a correction of course, a lot of the time we’ll hear people saying that it is victimhood or reverse racism. The truth is that 10 million people were enslaved. More than 25 generations. This started in colonial Brazil, continued in imperial Brazil and has only been masked in the Brazilian Republic. We need to leave the stage of denial.

“To deny and to silence is to confirm racism. The greatest prejudice I feel is not racial insults. I feel prejudice when I go to a restaurant and I am the only black person. At the university I went to, I was the only black person. People say that me being here is the proof that racism doesn’t exist. No. The proof of racism is that onlyI am here.”

On the same day, CSKA Moscow winger Lucas Santos expressed his view on the death of Kelvin Gomes Cavalcante. Last Thursday, 17-year-old Cavalcante was shot six times by police in a barbershop in the community of Para-Pedro, 15km from the Maracanã. Above a retweeted video of a military police officer pointing an automatic weapon at innocent people, kicking bystanders and firing live ammunition into the air, Lucas wrote: “It was in the favela where I was born, grew up and learned a lot in life. That barbers is where I had my hair cut. I know the victims and everybody knows their characters. For Witzel, however, being black and poor is enough for his genocidal spirit to manifest itself.”Advertisement

The Witzel in question is Rio governor Wilson Witzel, who came to power by riding the wave of right-wing hysteria that took Jair Bolsonaro to the president’s office. While in power, Witzel has instigated a bloody campaign of police raids in Rio de Janeiro’s poorest communities. In theory, the aim is to clamp down on drug gangs, but the effects have been devastating.

From January to June this year, police in the state of Rio killed 885 people, the largest number in any six-month period since this data was first collected in 1998. Last month, the case of eight-year-old Ágatha Félix, who was killed by a police officer on her way home from school, made international headlines. The conservative magazine Veja reported that, after the shooting, up to 20 military police officers went to the hospital where she had died and demanded that staff hand over the bullet.

Many current and former footballers – including Felipe Melo, Ronaldinho, Kaká, Lucas Moura and Cafu – openly back Bolsonaro, but events this weekend have shown that Brazilian football is not populated exclusively by reactionaries. “The sea of poor people’s blood is immense,” continued 20-year-old Lucas in his next tweet. “But I think you’re a strong guy [Witzel], being the main instigator of this and being able to sleep with a calm head… For real, I wouldn’t be able to.” Lucas finished off with the hashtag #ACulpaÉDoWitzel (#It’sWitzel’sFault).

This is not the first social issue on which Brazilian football has taken a stance this year. In August, referee Anderson Daronco stopped a game between Vasco da Gama and São Paulo because Vasco fans were singing that São Paulo were “a team of faggots”. Daronco signalled that the match would not recommence until all homophobic abuse ceased, an announcement was made in the stadium and Vasco manager Vanderlei Luxemburgo told fans that they should stop chanting. They did so almost immediately and the game went on. Racist, homophobic and misogynistic insults are still defended by many in Brazil as acceptable “zueira”, or “banter”, inside the stadium, but this attitude is slowly changing.

With so much support for men such as Witzel and Bolsonaro from within the game, these often appear dark times for Brazilian football’s dotted tradition as a means of social resistance. But, like the dictatorship did in the 1970s and 1980s, the threat of an oppressive, racist, misogynistic, homophobic regime may be creating the conditions for a counter-attack, empowering some elements of what should be a diverse, open sport to rediscover a progressive political conscience.

Sometimes campaigns like the one seen on the T-shirts Roger and Marcão wore on Sunday appear devoid of life, just another empty gesture from the authorities in a fight to which they have never really been committed. This time, that was far from the case. 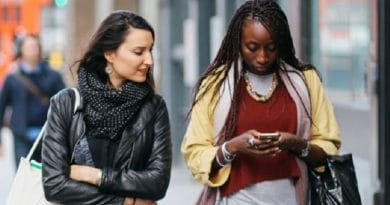 The puzzle of the people least likely to vote Tory 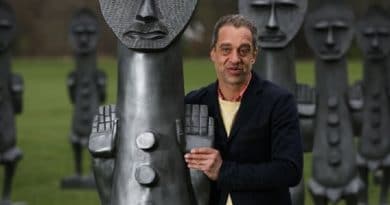 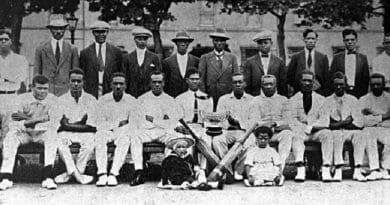