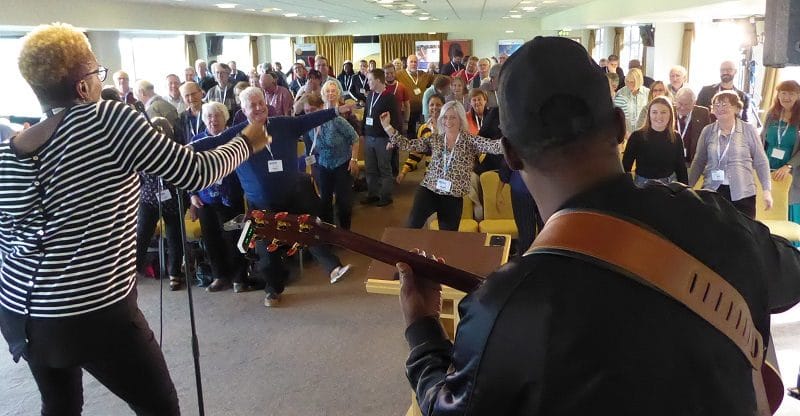 led delegates at the exhibition in Sandown Park, Surrey, in breathing and loosening up exercises before leading them in singing a couple of Gospel songs.

Carla was invited to Downing Street by the then Prime Minister, Theresa May, after singing to celebrate the first anniversary of the National Windrush Day, marking the contribution that Caribbean visitors have made to life in Britain,

Later, 71-years-old Roger Jones, who earlier in the year received the Thomas Cranmer Award for Worship, as a tribute to his more than 40 years as a composer, evangelist, worship leader and speaker, led a similar ‘choir’ through one of his recent worship songs.

It was the second day of the exhibition which included a series of seminars on worship led by Chris Bowater and involving some of the most popular worship leaders in Britain.

Chris, a 72-years-old song writer and worship leader considered to be the founding-father of the modern worship movement, spoke of the inspiration behind some of his songs.

When his 92-year-old mother was organising her funeral service she expressed the wish to include the hymn ‘All the way my Saviour leads me,’ written by Fanny J. Crosby in 1875.

“I loved the hymn, but couldn’t stand the music,” Chris told his audience, “so I asked if she would mind if I wrote a new tune for it – with a chorus.

The popular song “Faithful God” was written when Chris and his wife, Lesley, had daughter Hannah and discovered she had a chromosome abnormality which created learning difficulties. “We wanted God to heal her, but it didn’t happen and we have come to recognise what a faithful God he is and how, now aged 40, she has enriched our lives.”

Speaking of the many ways in which people worship he said: “Preference leads by stealth to prejudice. We have to learn that preferences can exist in our different divides.

“One of the biggest dangers is that we often equate worship to music. Biblical worship turns our attention and affection to God.

“People’s lives are often determined more by the songs that they sing in church rather than the sermons they hear. So worship leading is a great responsibility. It connects to an eternal purpose.” 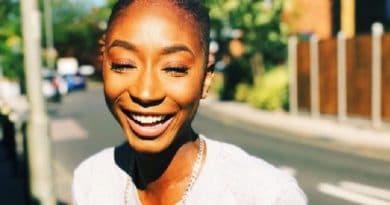 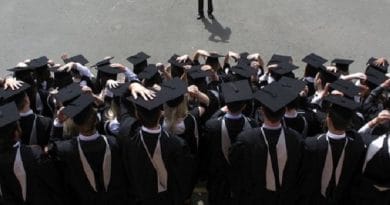 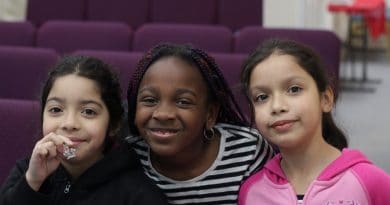