A dozen years ago I flew to Europe to speak at a conference on science’s limits. The meeting’s organizer greeted me with a tirade about James Watson, co-discoverer of the double helix, who had just stated publicly that blacks are less intelligent than whites. “All our social policies are based on the fact that their intelligence is the same as ours,” Watson told a journalist, “whereas all the testing says not really.”

At first I thought my host, a world-famous intellectual whose work I admired, was condemning Watson. But no, he was condemning Watson’s critics, whom he saw as cowards attacking a courageous truth-teller. I wish I could say I was shocked by my host’s rant, but I have had many encounters like this over the decades. Just as scientists and other intellectuals often reveal in private that they believe in the paranormal, so many disclose that they believe in the innate inferiority of certain groups.

That 2007 incident came back to me as I read Superior: The Return of Race Science by British journalist Angela Saini (who is coming to my school Nov. 4, see Postscript). Superior is a thoroughly researched, brilliantly written and deeply disturbing book. It is an apt follow-up to Saini’s previous book, Inferior, which explores sexism in science (and which I wrote about here and here). Saini calls “intellectual racism” the “toxic little seed at the heart of academia. However dead you might think it is, it needs only a little water, and now it’s raining.”

Saini argues that racism is implicit within the concept of race. “Race is at its heart the belief that we are born different, deep inside our bodies, perhaps even in character and intellect, as well as outward appearance,” she writes. “It’s the notion that groups of people have certain innate qualities” that can “define the passage of progress, the success and failure of the nations our ancestors came from.” Yes, that’s what Watson was saying.

Like sexism, racism is a personal topic for Saini, who is of Indian descent. Growing up in London, she endured abuse from white children, who hurled insults and stones at her and her sister. Racism is hardly unique to white westerners, she acknowledges. Indians, after all, have long engaged in discrimination against each other, as reflected in their notorious caste system. “Every society that happens to be dominant comes to think of itself as the best, deep down,” Saini comments.

But scientific racism–an oxymoron if ever there was one–is a relatively recent, localized phenomenon. It emerged in Europe during the so-called Enlightenment and accelerated after the publication of Darwin’s On the Origin of Species. “It is no accident that modern ideas of race were formed during the height of European colonialism,” Saini writes, “when those in power had already decided on their own superiority.”

“The Negroes of Africa have by nature no feeling that rises above the trifling.” That was Kant. Darwin came from a family of abolitionists and was progressive for his era. He nonetheless believed, as Saini puts it, that “men were above women, and white races were above all others.” Thomas Henry Huxley, Darwin’s bulldog, supported abolition but said, “The highest reaches in the hierarchy of civilization will assuredly not be within the reach of our dusky cousins.”

White, male Europeans used race science—embodied in ideologies such as social Darwinism and eugenics–to justify their nations’ conquest, enslavement and extermination of non-white people. Given this appalling history, one would think scientific racism would have vanished long ago. And after World War II it did go underground, for a while. The association of the Nazis with scientific racism complicated its marketing.

Race science has nonetheless recently re-emerged, heartening white supremacists, neo-Nazis and other bigots. Saini shows how wealthy benefactors and organizations such as the Pioneer Fund, founded in the 1930s to promote “race betterment,” have enabled this resurgence. They fund and help disseminate research—via journals such as Mankind Quarterly and websites such as Unz Review–that supposedly establishes the innate inferiority of certain races.

Those who espouse this ideology call themselves “race realists.” They insist that racial injustice and inequality “isn’t injustice or inequality at all,” Saini explains. “It’s there because the racial hierarchy is real.” Race realists claim that “they are challenging the politically correct wider world by standing up for good science and that those who oppose them are irrational science deniers.”

Race, as Saini shows, has always been an arbitrary way to categorize people, motivated primarily by political rather than scientific goals. Yes, some genetic markers and heritable diseases, like sickle cell anemia, tend to be associated with certain populations, a fact exploited by 23andMe and Ancestry.com and by scientists tracing human evolution. But numerous studies have revealed that there is far more genetic variation within than between races, however they are defined. A 2002 study found that 93-95 percent of the genetic variation occurs within rather than between geographically distinct populations.

Given this enormous variability, it is absurd to make gross generalizations, as racists do, about the character and capabilities of certain groups. “The racial categories we are used to seeing on census forms don’t map onto the true picture of human variation,” Saini writes. She herself can be categorized as black, brown or Caucasian. The concept of race “is useless, pernicious nonsense,” geneticist Mark Thomas tells her.

Not all research on race is overtly racist. In fact, many scientists doing race-related research claim that their aim is to help targets of racism. But Saini notes that even well-intentioned race science may be poorly conceived. In 2003 anthropologist Duana Fullwiley asked researchers doing race-related medical studies to define race. “None of them could answer her question confidently or clearly,” Saini says. Race-based research, she fears, can end up subtly reinforcing racist conclusions.

For example, researchers have long sought a biological basis for African-Americans’ relatively high rates of hypertension, which is associated with higher rates of heart disease, stroke and death. I had assumed this to be a case in which race science could be beneficial, because it could lead to improved medical treatments for blacks. But Saini presents evidence that environmental factors—including stress and poverty resulting from discrimination—are the primary causes of African-Americans’ elevated hypertension. Rural Africans, she points out, have low levels of hypertension

The claim that black Americans’ hypertension stems from their genes “lays the blame for inequality at the feet of biology,” Saini writes. “If poor health today is intrinsic to black bodies and has nothing to do with racism, it’s not anyone’s fault.” Ironically, in the slavery era, scholars justified harsh treatment of blacks by claiming that they were hardier and less sensitive to pain than whites. (These myths persist among medical students, the New York Times recently reported.)

Saini also worries about the insidious effects of identity politics and of ancestry testing, which has “helped reinforce the idea that race is real.” “Have pride in where you live or where your ancestors come from if you like,” she says, but “don’t be sucked into believing that you are so different from others that your rights have more value.”

Saini seems to envision a world in which race really does not matter, in which individuals are judged, as Martin Luther King put it, by the content of their character and not the color of their skin. But race poses a paradox. Race should not matter, and yet it does, profoundly, as long as racism endures. As the case of black hypertension shows, race might not be a legitimate biological category, but in a racist society it has measurable biological as well as social consequences.

Superior left me pondering hard questions: Can scientists study race in a way that doesn’t exacerbate racism? Or does all such research, no matter how well-intentioned, subtly reinforce the idea that an individual’s race matters? If scientists do research with the explicit goal of countering racism, are they really scientists, or are they social activists? Finally, can we take pride in our ethnic heritage with being racist?

Superior provides a foundation for discussion of these urgent issues. Saini’s work won’t have any impact on social-injustice warriors, who are beyond moral or rational appeals. “Race realists” have viciously attacked her, as she disclosed in her recent Scientific American column “The Internet Is a Cesspool of Racist Pseudoscience.” (For a similar view, see this New York Times essay, “Racists Are Recruiting. Watch Your White Sons.”)

But I believe, and hope, that Superior will provoke others, including progressives, to re-evaluate their attitudes toward race. She has certainly made me re-evaluate my views. I now see research on racial differences in an even more negative light than I once did, which I didn’t think was possible. As long as racism still infects our societies, it confounds attempts to disentangle the relative contributions of genes and environment to racial inequality.

I once suggested that, given the harm done by research on alleged cognitive differences between races, it should be banned. I stand by that proposal. I also agree with Saini that online media firms should do more to curb the dissemination of racist pseudoscience. “This is not a free speech issue,” she writes in Scientific American, “it’s about improving the quality and accuracy of information that people see online, and thereby creating a fairer, kinder society.”

On Monday, Nov. 4, Angela Saini will give a talk about Superior at Stevens Institute of Technology, Hoboken, N.J. Click here for more information. 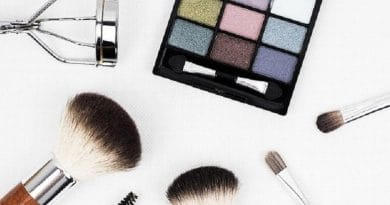