Kanye West surprised some when he announced that he’s fully converted to Christianity, but his relationship with religion isn’t new. In fact, it’s been a long and complex one. The past few years have not been easy for Kanye, 42, who has battled with his mental health thus putting the breaks on his music career.

But it appears that after some time out of the spotlight, the rapper may have found his saving grace and it is religion. Over the past year, Kanye’s hosted his Sunday Service every week almost without fail. While it initially seemed like a gimmick to propel his fledgling music career, it’s clearly part of a personal journey for ‘Ye. Addressing a crowd at George Washington University’s Lisner Auditorium, Kanye said last week:

‘I want to let you know that I am not here for your entertainment this afternoon. ‘We are here to spread the gospel. ‘Excuse me if I mispronounce anything. I am a recent convert. It means I recently got saved within the year.’

As Kanye finds the light in his darkness, let’s take a look back at where his relationship with religion began.

College Dropout Kanye’s late mother, Donda West, was known to have been a proud religious woman so it’s no surprise that God was frequently mentioned on Kanye’s debut album The College Dropout.

Most notably, Jesus Walks pretty much introduced us to Kanye’s faith. On the track, Kanye recalls how he was advised at the beginning of his career not to rap about religion in order to be a chart success – something which he clearly ignored. ‘So here go my single, dog, radio needs this / They say you can rap about anything except for Jesus / That means guns, sex, lies, videotape / But if I talk about God my record won’t get played, huh?’ he raps.

As well as brief mentions about God on Family Business and Touch The Sky, we first began to see Kanye’s battle between religion and the trappings of fame on Can’t Tell Me Nothing in 2007.

‘I had a dream I could buy my way to heaven, when I awoke, I spent that on a necklace/ I told God I’d be back in a second, man it’s so hard not to act reckless,’ he raps. I Am A God By the time 2013 rocked around,

Kanye had come out the other side of that battle and was now professing himself to be a god. There was seemingly no turning back as he stated on I Am A God: ‘I just talked to Jesus, He said, “What’s up Yeezus”. I said, “S**t, I’m chilling, trying to stack these millions”/ I know he the most high, but I am a close high.’ Although, he did close the track with: ‘Ain’t no way I’m giving up on my God,’ suggesting he did still recognise God in the biblical sense.

Around that time, Kanye clarified his religious beliefs in a chat show interview with his mother-in-law Kris Jenner: ‘

‘I’m a Christian, it’s important to me that I grow and walk and raise my family with Christian values.’

Kanye was really taking his own god complex all the way and actually first introduced us to the idea of him leading Sunday Service on the track New God Flow. ‘

Welcome to Sunday service, if you hope to someday serve us,’ he said in a pretty apt foreshadowing of his future calling. On several occasions during the Yeezus era, Kanye compared himself to God on songs like Chief Keef’s Don’t Like, where he spits: ‘They steal your whole sound: that’s a soundbite, the media crucify me like they did Christ/ They want to find me not breathin’ like they found Mike.’ I

n 2016, ‘Ye described his seventh studio album The Life of Pablo as a ‘gospel album with a whole lot of cursing on it.’ It was later thought that Kanye wasn’t as in touch with his faith as he once was as he battled personal issues.

But then Sunday Service was born and he was ‘saved’.

Kanye’s wife Kim Kardashian has been thoroughly supportive of his new religious journey and is a regular in the front row at Sunday Service, along with their children North, six, Saint, three, and one-year-old Chicago.

Little Psalm is probably still a little too young at just five months old. But he gave Kim – and the rest of us – a huge shock when he told the reality TV star that it ‘affects’ him when she dresses sexy. In a recent episode of Keeping Up With the Kardashians, Kanye said:

‘I went through this transition where being a rapper, looking at all these girls and looking at my wife, like, “Oh, my girl needs to be just like the other girls showing their body off”.

I didn’t realise that that was affecting my soul and my spirit as someone who is married and the father of now … about to be four kids. A corset is a form of underwear. It’s hot — for who, though?’

Kim rightly pointed out that he had previously encouraged her sexy outfits up until he decided to embark on his own spiritual journey. But he doubled down and said: ‘You are my wife and it affects me when pictures are too sexy.’ 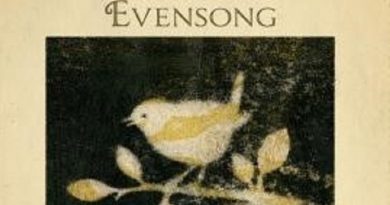