At a star-studded ceremony in Lagos, Nigeria, Frances-Anne Solomon’s HERO was announced the winner of the Best Diaspora Narrative Film at the 15th Africa Movie Academy Awards (AMAA). The AMAA is considered to be Africa’s most important film event, and its most prestigious film award.

“We are grateful for this recognition from the AMAA jury of HERO’s significance in the canon of African Diasporic film and for audiences around the world. We hope that this will be the first of many awards recognising the importance of our global stories. “

June Givanni, part of the AMAA international jury, shares her thoughts about HERO and its importance:

“As a curator, as someone who has been working with Pan-African cinema for a number of years — on the African continent, in the Caribbean, England and in North America —  [HERO] is really important, because it brings both the factual aspects of this important story and time, together with a dramatic presentation, and knits them together intricately.  It has both a dramatic impact and an impact that carries with it a significant amount of information for audiences.  To be honest i cant think of many films that have done this and that do this —   For me as a curator,  its a gold mine and I congratulate Frances-Anne and everyone who was involved in it.”

HERO is currently in the fifth week of its United Kingdom tour, which has included special screenings in major cities including Manchester, Sheffield and Edinburgh.

Produced and directed by British-Trinidadian-Canadian filmmaker Frances-Anne Solomon, HERO received excellent reviews from national publications such as The Financial Times, and the prestigious Sight and Sound film magazine.

“If you are interested in the birth and evolution of Pan-Africanism, you’ll be gripped.” said the London Evening Standard. “The whole process is fascinating in its complexity, and since the struggle of post-colonial transition is a relatively rare cinematic subject matter, it gives the film genuine cachet.”

Tickets are on sale here. 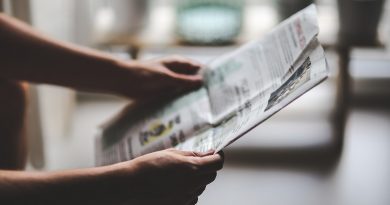 How to More Wisely Consume News