Pupils studying a new school curriculum about Bristol’s black history say the lessons have made them feel more “confident”.

The City Academy Bristol pilot aims to to teach “more representative and equal” lessons on black history and culture.

The new curriculum is expected to be rolled out across the city from 31 October.

It comes after a report highlighted the city’s “ethnic minority disadvantages”.

The new curriculum is one of four pledges to come from Bristol’s City Conversations.

At City Academy, where 30% of students are from black and minority ethnic backgrounds, it is being implemented through personal, social, health and economic education (PSHE) lessons.

Year 7 students, aged 11 to 12, were the first in the school to trial the new lessons where they have already learned about the different clothes worn by people from Gambia, Somalia, Pakistan, Jamaica and Tanzania.

Student Sainabu is from Gambia and took in one of her brightly coloured traditional dresses to share with the class.

She said she wants her peers to know why she “loves” wearing the clothes that “represent” her.

Tasleem said the new curriculum was “important” and had made her feel “happy” to be able to teach people about her culture.

“The things that we talk about are really about myself and not about what other people think I’m about,” she added.

Another student, Saliha, said the studies were making her feel “more confident” and had made “a big impact” in her life.

She and fellow pupils Fatima and Amina said they had learnt about the similarities between Bangladeshi and Pakistani culture.

City Academy teacher, Aisha Thomas, said schools in the city were doing a “disservice” to students by not teaching them about black history.

She said the new lessons enabled them to feel “empowered”.

“They are having a chance to really embrace who each other is and celebrate it, they’re not celebrated enough.” she said. 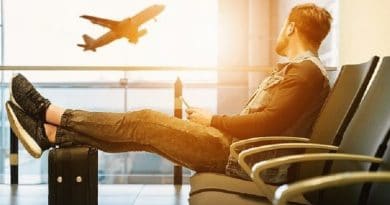 New scheme will open up opportunities for disadvantaged students