The Romans, for all that they had adopted crucifixion as the “supreme penalty,” refused to countenance the possibility that it might have originated with them. Only a people famed for their barbarousness and cruelty could ever have devised such a torture: the Persians, perhaps, or the Assyrians, or the Gauls. Everything about the practice of nailing a man to a cross—a “crux”— was repellent. Some deaths were so vile, so squalid, that it was best to draw a veil across them entirely.

The surprise, then, is less that we should have so few detailed descriptions in ancient literature of what a crucifixion might actually involve, than that we should have any at all. The corpses of the crucified, once they had first provided pickings for hungry birds, tended to be flung into a common grave. In Italy, undertakers dressed in red, ringing bells as they went, would drag them there on hooks. Oblivion, like the loose earth scattered over their tortured bodies, would then entomb them. This was a part of their fate. Nevertheless, amid the general silence, there is one major exception that proves the rule. Four detailed accounts of the process by which a man might be sentenced to the cross, and then suffer his punishment, have survived from antiquity. Remarkably, they all describe the same execution. The victim, a Jew by the name of Jesus, a wandering preacher from an obscure town named Nazareth, in a region north of Jerusalem named Galilee, had been convicted of a capital offense against Roman order.

Certainly, his sufferings were nothing exceptional. Pain and humiliation, and the protracted horror of “the most wretched of deaths”: these, over the course of Roman history, were the common lot of multitudes.

Decidedly not the common lot of multitudes, however, was the fate of Jesus’ corpse. Lowered from the cross, it was spared a common grave. Claimed by a wealthy admirer, it was prepared reverently for burial, laid in a tomb and left behind a heavy boulder.

Such, at any rate, is the report of all four of the earliest narratives of Jesus’ death—narratives that in Greek were called euangelia, “good news,” and would come to be known in English as gospels. The accounts are not implausible. Certainly, we know from archaeological evidence that the corpse of a crucified man might indeed, on occasion, be granted dignified burial in the ossuaries beyond the walls of Jerusalem. Altogether more startling, though—not to say unprecedented—were the stories of what happened next. That women, going to the tomb, had found the entrance stone rolled away. That Jesus, over the course of the next 40 days, had appeared to his followers, not as a ghost or a reanimated corpse, but resurrected into a new and glorious form. That he had ascended into heaven and was destined to come again. Time would see him hailed, not just as a man, but as a god. By enduring the most agonizing fate imaginable, he had conquered death itself.

The utter strangeness of all this, for the vast majority of people in the Roman world, did not lie in the notion that a mortal might become divine. The border between the heavenly and the earthly was widely held to be permeable. So vast had the scope of Roman power become that any man who succeeded in making himself its master was liable to seem less human than divine. The ascent into heaven of one of those, a warlord by the name of Julius Caesar, had been heralded by the blaze across the skies of a fiery-tailed star.

Divinity, then, was for the very greatest of the great: for victors, and heroes and kings. Its measure was the power to torture one’s enemies, not to suffer it oneself: to nail them to the rocks of a mountain, or to turn them into spiders, or to blind and crucify them after conquering the world. That a man who had himself been crucified might be hailed as a god could not help but be seen by people everywhere across the Roman world as scandalous, obscene, grotesque.

Even those who did come to acknowledge Jesus as “Christos,” the Anointed One of the Lord God, might flinch at staring the manner of his death full in the face. “Christians,” as they were called, were as wise to the connotations of crucifixion as anyone. “The mystery of the cross, which summons us to God, is something despised and dishonorable.” So wrote Justin, the foremost Christian apologist of his generation, a century and a half after the birth of Jesus. The torture of the Son of the Most High God was a horror simply too shocking to be portrayed in visual form. Scribes copying the gospels might on occasion draw above the Greek word for “cross” delicate pictograms that hinted at the crucified Christ, but otherwise it was left to sorcerers or satirists to illustrate his execution.

Only centuries after the death of Jesus—by which time, astonishingly, even the Caesars had been brought to acknowledge him as Christ—did his execution at last start to emerge as an acceptable theme for artists. By 400 AD the cross was ceasing to be viewed as something shameful. Banned as a punishment decades earlier by Constantine, the first Christian emperor, crucifixion had come to serve the Roman people as an emblem of triumph over sin and death. In Christ’s agonies had been the index of his defeat of evil.

So it was, in an empire that—although today we call it Byzantine—never ceased to insist that it was Roman, a corpse came to serve as an icon of majesty. Byzantium, though, was not the only Christian realm. In the Latin-speaking West, a millennium and more after the birth of Christ, a fresh revolution was brewing. Increasingly, there were Christians who, rather than keeping the brute horror of crucifixion from their gaze, yearned instead to fix their eyes fully upon it. “Why, O my soul, did you fail to be there, to be stabbed by a sword of bitter grief, that you could not endure the piercing of your Savior’s side by a spear? Why could you not bear to see the nails violate the hands and feet of your Creator?” This prayer, written some time around 1070 AD, was not just to the God who reigned in glory on high, but to the condemned criminal he had been when he suffered his humiliating death. Its author, a brilliant scholar from northern Italy by the name of Anselm, was a man of noble birth: a correspondent of countesses, an associate of kings. No matter how high in the affairs of the world he rose, he never forgot that it was in lowliness, and nakedness, and persecution that his Savior had redeemed him. In his prayer to the crucified Christ, copied as it was and read across the whole of the Latin West, Anselm articulated a new and momentous understanding of the Christian God: one in which the emphasis was laid not upon his triumph, but upon his suffering humanity.

The Jesus portrayed by medieval artists, twisted, bloody, dying, was a victim of crucifixion such as his original executioners would have recognized: no longer serene and victorious, but racked by agony, just as any tortured slave would have been. The response to the spectacle, however, was far removed from the mingled revulsion and disdain that had typified that of the ancients to crucifixion. Men and women, when they looked upon an image of their Lord fixed to the cross, upon the nails smashed through the tendons and bone of his feet, upon the arms stretched so tightly as to appear torn from their sockets, upon the slump of his thorn-crowned head onto his chest, did not feel contempt, but rather compassion, and pity, and fear.

There was certainly no lack of Christians, in medieval Europe, to identify with the sufferings of their God. Rich still trampled down poor. Gibbets stood on hills. The Church itself, thanks in large part to the exertions of men like Anselm, was able to lay claim to the ancient primacy of Rome—and uphold it, what was more. And yet, for all that, something fundamental had indeed changed. That the Son of God, born of a woman, and sentenced to the death of a slave, had perished unrecognized by his judges, was a reflection fit to give pause to even the haughtiest monarch. This awareness, enshrined as it was in the very heart of medieval Christianity, could not help but lodge in its consciousness a visceral and momentous suspicion: that God was closer to the weak than to the mighty, to the poor than to the rich. Any beggar, any criminal, might be Christ. “So the last will be first, and the first last.”

To the Roman aristocrats of the decades before the birth of Jesus, such a sentiment would have seemed grotesque. And yet it had come to pass. 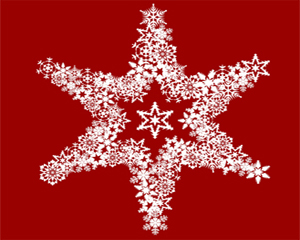 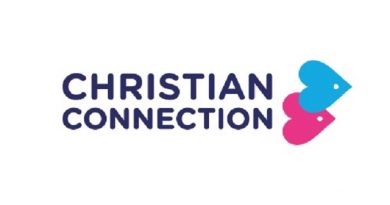