We all know it’s against the law to discriminate someone based on their race, age, gender, sexual orientation or religion or indeed to subject anyone to a hate crime.

We know that don’t we? So why is it that discrimination and hates crimes still occur and why do people still tolerate it?

I ask because ITV News has done some research on racism in the NHS and the results are somewhat worrying.

Of the Trusts that responded a massive 70% recorded a rise in such abuse.

Some Trusts fared better than others (and I must point out we’re talking about incidents of racist attacks by patients that staff have recorded).

University of Derby and Burton Trust recorded the biggest rise, from 194 to 439 in 2018 and Guys and St Thomas’ in London went from none to 109.

Maybe the way they record incidents has got better, or maybe the number of incidents is just going up year on year. Either way, it’s pretty shocking.

The evidence we’ve heard is what I find most appalling.

One nurse, from the Philippines who works in Devon, told me she is routinely told to go home or asked by the patient to go away and find an English nurse to treat them. It’s so regular she says she doesn’t notice it anymore, let alone report it to the hospital. And it’s not just nurses.

I’ve also spoken to a senior surgeon who happens to be Indian and has worked in the NHS for more than 20 years.Play Video

Mr Radhakrishna Shanbhag was reduced to tears when I asked how he is spoken to by patients.

He’s sidelined by them, he’s told they want a white doctor, is ignored and generally treated as if he shouldn’t be in the hospital.

Asked how it makes him feel, he said ‘worthless’. And remember, we’re talking about a senior surgeon here.

Others say they’ve been called “little China girl”, “P*** doctor” and “black bitch”. So casual are the comments, one nurse said, she doesn’t even bother to report them.

It doesn’t take many anecdotes to illustrate the problem. I asked the Chief Executive of East Suffolk and North Essex Hospital Trust what is being done to protect staff from such abuse.

He was adamant that there are systems in place to record incidents of racism and that he personally encourages all staff to report everything, whether it’s racist, sexist or homophobic.

He then went one step further; Nick Hulme would like to deny treatment to patients who are racist, unless it was life or limb.

He says there should be zero tolerance of any sort of abuse and wants to prove he means it.

The only problem is those in the medical profession have such an overwhelming sense of duty to treat patients, many might well find that hard.

Does the Health Secretary, Matt Hancock, agree then that we should take a zero tolerance approach? Yes he said but then stopped short of agreeing treatment should be denied to those who are racist.

He says Trusts should manage cases on an individual basis.Play Video

The most pressing questions our findings pose are why this is happening and why, in this day and age, is it getting worse?

The Equality and Human Rights Commission says the findings are shocking but not surprising. Rebecca Hilsenrath, the group’s CEO, admits some of the figures could be because of better recording of incidents.

That of course does explain some of it but quite obviously not all. Mrs Hilsenrath says much of it is down to lack of representation of BAME people in all industries.

She says until there is equal representation and equal pay, racist comments will continue to pervade our society.

Brexit has also had an impact she claims as hate crimes have increased since the referendum; “We live in an era when it seems there’s a permission for political discourse to be carried out in quite a confrontational way”.

To that end the Commission has written to political parties to ask them to consider the impact of the way they talk, since politicians are role models and the more respectful dialogue we see, the more it’s echoed in society as a whole. How much will this really effect racist patients in the health service though?

There isn’t a single magic bullet to solve this. That’s obvious.

What there should be though is an intolerance for racist abuse and proper systems in place to report it.

Until that happens, the perpetrators of racist comments will continue to thrive and get away with it.

Kevin McGee, Chief Executive of Blackpool Teaching Hospitals NHS Foundation trust, for whom Mr Shanbhag works, said: “The Trust does not condone prejudice in any form. It is unacceptable and has no place within the NHS.

“Our board is working with our Black and Minority Ethnic (BAME) staff to prevent discrimination and to this end we have approached the national BAME lead to work with the Trust and our staff to support our engagement strategy and challenge any issues that may stand in the way.”

Bringing Christ back to our Christmas celebrations 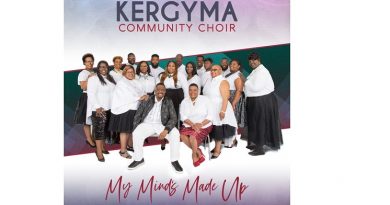