Two centuries ago, a 64-year-old woman called Joanna Southcott announced she was pregnant with the Messiah. She died in December 1814, months after making this bold claim. Inevitably, a post-mortem examination revealed there was no child.

But how did the prophecies of a Devon farmer’s daughter inspire a 20th Century religious movement whose last believer only died in 2012 and that today still has funds of about £34m?

Tucked away in a road less than a mile away from Bedford town centre is the former base of a religious organisation that was founded in 1919 by Mabel Barltrop.

The Community of the Holy Ghost – in 1926 renamed the Panacea Society – was a group of mostly women who believed Barltrop was a prophet and the daughter of God, and whose aim was to set up their own Garden of Eden in Bedford. They believed the town, about 50 miles north of London, was a new Glastonbury and the sacred centre of Britain.

They bought a property in Albany Road in the town and created their paradise on earth – to which they believed Jesus would one day return. In its heyday, the movement had 66 members in Bedford and about 2,000 worldwide. Those in Bedford lived mostly in houses in and around Albany Road, with several still owned by the Panacea Charitable Trust today.

Barltrop, who styled herself as “Octavia”, was the widowed daughter of a clergyman and the mother of four children. After the death of her husband in 1906, Barltrop studied theology in an effort to deal with her struggles.

She would soon learn of the life of Southcott, who had predicted a messiah would spark “the millennium” or the Second Coming in England. Southcott’s various prophesies were kept in a sealed box, which she instructed must only be opened by a gathering of 24 Church of England bishops.

The Panacea Society believed the opening of this box would “guide the English nation through its time of danger” – it even paid for posters on London buses, warning that “England’s troubles will increase until the bishops open Joanna Southcott’s box”.

“The idea that they could genuinely set up their own religious community, and bring about the salvation of man, really appealed to somebody like her [Barltrop],” says Vicki Manners, an archivist for the Panacea Trust, the charity responsible for the upkeep of the base of the Panacea Society – and for the millions of pounds still held in its coffers.

Mrs Manners says of Barltrop: “She was a woman of her day; she was an example of a wealthy, educated woman who felt very, very frustrated that she didn’t have a part to play in religion or politics.” She adds that Barltrop believed that “if a woman brought down mankind, a woman could save it, and a woman’s role was to save mankind”.

Southcott’s box was kept in The Bishops’ House, on Newnham Road, which is now the home to the Panacea Museum. The house the museum sits in, close to Albany Road, was bought by the society in 1930. It was never lived in and is preserved in its entirety.

The property was prepared for the moment the Church of England bishops would come to open the box. It has bedrooms, bathrooms and a dining room, as they expected them to stay for about three days. However, despite the society’s best efforts, the bishops never came.

Southcott’s box is now under the guardianship of the trust, which says it has never been opened. It will not reveal where it is kept for “security reasons” – a replica is on display in the museum.

David Fowler, historian and Panacea Museum guide, said: “One of the most intriguing aspects of the Panacea story is the rolls of cloth that were breathed on by Octavia, cut into one-inch squares and sent around the world.

“Placed in a glass of water, which was drunk or rubbed on a limb, it [a square] would cure all ailments. In total 130,000 squares were sent around the world.”

He adds: “She must have had a personality to take this forward over the years and for those followers to stick with her after she died.”

After Barltrop’s death in 1934 the society was led by Emily Goodwin until she too died, in 1943. From this point its numbers started to decline: as members died, the group rarely recruited new ones.

In 1956, there were 28 Bedford-based members and by the 1990s only two remained – John Coghill and Ruth Klein.

Mr Coghill had joined the society aged 22 in 1934, the year Octavia died, and was an active member until his death in 2008. The Panacea Society finally ceased as an active religious movement in 2012, when Ms Klein died aged 72.

Today, Mrs Manners says its legacy lives on and the trust now “feeds into the community”. With funds of £33.7m in 2018 it had an income of £737,560 and spent £708,979. The assets held by the trust originated from the early members of the Panacea Society, she says.

The trust’s aim is to support the study of Christianity, and it also manages the museum, which opened in August 2012.

Sean Gillen, deputy executive officer for the Panacea Charitable Trust, says it has, through “careful stewardship of its assets”, done much good. “This includes funding the Panacea Museum, various educational programmes and its local grants programme, which since 2001 has provided almost £2m of funding to worthwhile community organisations in Bedford and its surrounding areas.”

Karen Frye, from Get Into Bedford, says: “At a time when women had very little voice nor power, these women set up their own religious community which became known across the globe. Their lifestyle and beliefs still enthral us to this day and the museum is a testament to their enduring legacy.”

Finding a family for Ayo and Amara 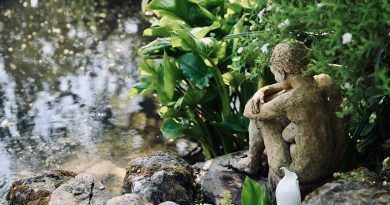 Sanctuary of gardens proves to be a therapy for mental health

As UK women celebrate 100 years of voting, women globally are still denied the right to choose their faith freely