More than 10,000 homes have been destroyed and already impoverished neighbourhoods are under water due to flooding caused by heavy rain in Central African Republic. The Norwegian Refugee Council (NRC) is calling for urgent funding to scale up the emergency response and help those affected.

“Thousands of homes have been destroyed, and this disaster is affecting many people who were already struggling to make ends meet. The flooding is so severe in some parts of the capital Bangui that the only way to get around is by canoe,” said Country Director for the Norwegian Refugee Council (NRC) David Manan.

Torrential rain has pummelled parts of the country since October 21 and has impacted at least 57,000 people so far according to the latest UN update. In Bangui and surrounding areas, several neighbourhoods are submerged under water after the river Ubangi burst its banks.

The government has declared a natural catastrophe and is appealing for national and international solidarity to support its emergency response efforts.

“People are currently living in overcrowded displacement sites as they seek protection from the rain. There is an urgent need for clean drinking water, mosquito nets and materials to set up temporary shelters to ensure people are kept healthy and safe,” said Manan.

“Stagnant water left by floods are breeding grounds for mosquitoes. We fear there could be a rise in the number of people affected by malaria and an outbreak of waterborne diseases like cholera if emergency assistance isn’t received in time,” he added.

“The flood waters invaded our house and completely destroyed it,” said Nelly Kogbene, a displaced mother from Bangui, to NRC’s staff on the ground.

The recent flooding has exacerbated an already difficult situation for people living in the Central African Republic, the poorest country in the world. More than half of the population is in need of humanitarian support and 600,000 are displaced by ongoing conflicts in several parts of the country. UN and humanitarian partners have appealed for $430 million to meet the needs this year, but so far only 67 per cent has been funded.

“The humanitarian assistance people are receiving is far from enough. There is an urgent need for more funding to scale up the emergency response and to ease the suffering of thousands of vulnerable people,” said Manan. 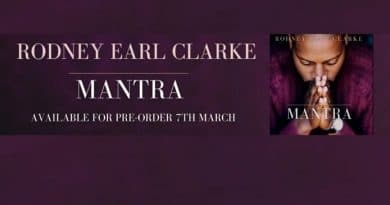 Remembrance Sunday 2019: How should you wear a poppy?