Ninety two per cent of looked-after children on waiting lists for independent visitors are from a BAME (black, Asian, and minority ethnic) background, a Freedom of Information (FOI) request has found.

The research by Barnardo’s, covering all 152 local authorities in England, found that 1,202 children were waiting to be matched with an independent visitor, a 20% increase since 2015, when the charity carried out a similar survey.

Independent visitors are volunteer befrienders whose role is to visit and advise the children they are matched with, including by encouraging them to exercise their rights and participate in decisions about them.

Barnardo’s is a provider of independent visiting services and carried out the research in conjunction with the National Independent Visitor Network (NVIN), which represents it and other providers.

Of the 75,420 children in care in England at the time of the survey in February 2019, ten local authorities said they did not provide an independent visitor service at all, up from eight in 2015.

This is  despite the Children Act 1989 placing a duty on local authorities to appoint an independent visitor when it is in the child’s interests to do so.

Of those matched with an independent visitor, 89% were white, while 92% of those waiting for a service were from BAME backgrounds. Most were from the ‘other ethnic group’ – as opposed to those defined as black African, Caribbean or British, Asian or mixed.

Network members said one of the reasons for this was the challenge of recruiting volunteers from ethnic minority groups, which meant young people ended up left on waiting lists when they requested a visitor from a similar background.

In determining whether it is in a child’s interests to appoint an independent visitor, statutory guidance to the Children Act says they should take into account the following factors:

The guidance goes on to say that the independent visitor’s role is to befriend and build trust with the child, not to act as a skilled advocate or to engage in intensive counselling. They may contribute to reviews of the child’s case and there is a requirement on councils to inform independent visitors when they intend to keep a child in secure accommodation.

Barnardo’s chief executive Javed Khan said that having such a large number of children waiting to be matched with independent visitors was “not good enough”. He also expressed particular concern that children in care from BAME communities were less likely to access this service.

“We know from our experience that these volunteers provide vital support for vulnerable young people, offering friendship, emotional support and a long-term, stable relationship with a trusted adult.”

“We urge the government to provide leadership in making sure all children in care can exercise their right to an independent visitor, and that the appropriate resource is available”, Khan added. 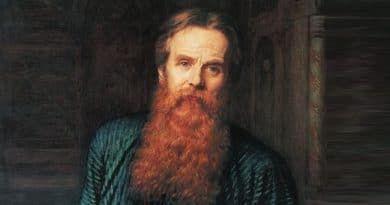