Part of a 16,000 strong petition with a difference went on display at Chapter House, Westminster Abbey this week. The Handmade Petition: I See You, consists of 16,000 handmade squares of fabric. Each one contains a message to women around the world who are currently being persecuted for their faith and gender.

Each square has the words “I see you” and the signature of its creator sewn or written onto it, as a recognition of the women whose plight is, according to Open Doors’ research, largely unnoticed.

“Sixteen thousand signatures for a petition is impressive enough,” said Open Doors UK and Ireland CEO Henrietta Blyth. “The fact that each ‘signature’ was personally hand painted, stuck or embroidered, shows how passionately people feel about the issue of violence against women who are bold enough to stand by their Christian faith.

“This petition is about saying to these women that we do see you, we hear your story, we want justice for you, and we are praying for you.”

Speaking at the Handmade Petition exhibition, the Reverend Anthony Ball, Canon of Westminster, described the petition as “a compelling declaration of solidarity… to those women whose faith makes them an easy target for violence and brutality.”

Dr Elaine Storkey, author of Scars across humanity: understanding and overcoming violence against women, spoke passionately on the subject at the launch of the exhibition:

“In those countries where women are being violated sexually or attacked as a weapon of war, if you look more carefully, you’ll find that Christians are being violated even more. We have to speak up, we have to identify the nature of violence where faith is actually woven into it.”

Tirham*, an Open Doors partner and trauma care worker in northern Nigeria who provides counselling to women and girls who have been raped, kidnapped and/or used as sex slaves by Boko Haram fighters or Fulani militants, said that many women are specifically targeted for kidnap or are widowed because of their faith.

“Many of these women go through a lot but they don’t have a voice because they are mostly seen as objects and not human beings. They are viewed as property to be owned, slaves, or machines to produce children, and whatever happens to them they just don’t have a voice to speak up.

“This handmade petition will allow every woman to know that everyone is seeing them. This petition is like a crowd of witnesses.”

Open Doors aims to encourage the Foreign and Commonwealth Office’s Preventing Sexual Violence in Conflict Initiative (PSVI) to recognise faith as a specific vulnerability in tackling gender-based violence. Open Doors believes that, in many countries, the persecution of faith and sexual violence against women are inextricably linked.

The installation supports Open Doors’ women’s campaign, which aims to restore the hope, dignity and identity of women who are doubly at risk of persecution because of their Christian faith. Open Doors encourages the new government to continue supporting these aims through its commitment to Freedom of Religion or Belief.

The Handmade Petition will hang in Chapter House, Westminster Abbey, until 24 November 2019. It is a free exhibition and open to the public and can be accessed via the Cloister Entrance. 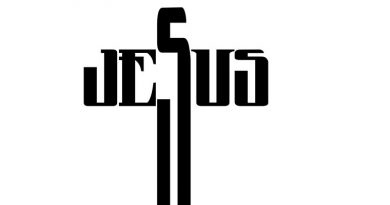 The Prayer Life That Matters Most. (It Isn’t Yours.)