As a renowned journalist who is published across Africa and North America, Martins Agbonlahor remains passionate about championing the issues of the oppressed; often those without a voice.

In his inspirational and uplifting new social science fiction novel, ‘Killing Them Softly’, Agbonlahor takes readers over to Nigeria, to witness how their own struggles transcend the West to penetrate every corner of the globe. Of course, this showcase also comes with the feminist heroes who are taking Africa by storm, stopping at nothing to affect permanent change.

In an age when the rights of women are under constant and close scrutiny in the Western world, it is timely to remind ourselves of the appalling conditions in which women still spend their lives in many parts of the African continent.

Killing them softly is the story of Martha Clifford, who in her infancy witnessed the trauma of female genital mutilation, attempted rape as well as the brazen discrimination and shoddy treatment of feminine issues in her patriarchal native land of Nigeria. This is made worse by the huge prejudice against women, the marginalization and sexism: women sidelined as the ‘weaker sex’ and conditioned to be perpetually subservient to their male counterparts in the chauvinistic society.

Believing that men are their oppressors and women should fight their own battles, young Martha teams up with like-minded feminists and with their pressure group: Woe-man Incorporated, they challenge their country’s discriminatory laws, statutes as well as the dicta of culture, religion, tradition and customs all of which debase womanhood.

Bruised, battered and imprisoned, these courageous women strive on until they are set free by the intervention of human rights groups abroad, a respite which only made them more resolute in their struggle for gender justice and egalitarianism.

“Martha represents every African woman who has been a victim of fierce oppression, as well as every other woman in the world,” explains the author. “She personifies their collective strength, courage, tenacity and that stop-at-nothing spirit for true equality and recognition. Yes, it’s a fictional novel, but the narrative could have been plucked from any woman’s life.”

“It’s of course written with Western readers in mind. I want to show people how their own problems are reflected around the world, often in different ways. At the same time, the innate struggles and ensuing fight for justice are the same. Every woman is powerful and unstoppable.”

With the book selling fast, interested readers are urged to secure their copies as quickly as possible.

Martins Agbonlahor is a journalist whose feature articles have appeared in the Insider Weekly (Nigeria), Tell Magazine (Nigeria), Foroyaa Magazine (The Gambia), Fate Magazine (USA) amongst others. He was the Editor-in-Chief of Clarion, a human-interest journal based in Turin.

He resides in Greater Manchester, North-West of England. 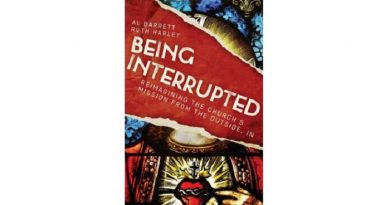 Being Interrupted: Reimagining the Church’s Mission from the Outside,In 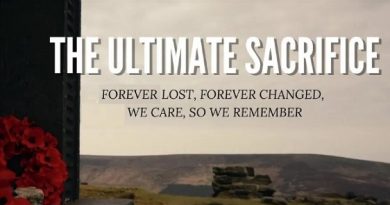 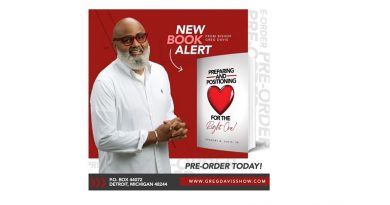