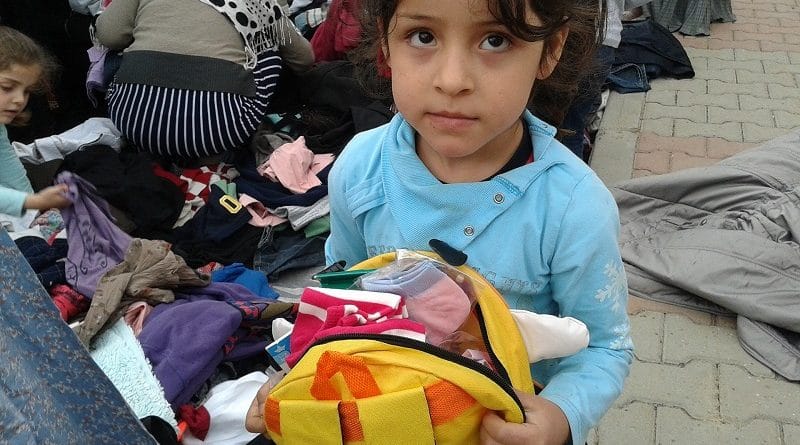 Christian Syrian refugees have told CBN News that they have been blocked from getting help from the United Nations Refugee Agency, the UNHCR, by Muslim UN officials in Jordan.

One of the refugees, Hasan, a Syrian convert to Christianity, told us in a phone call that Muslim UN camp officials “knew that we were Muslims and became Christians and they dealt with us with persecution and mockery. They didn’t let us into the office. They ignored our request.”

Hasan and his family are now in hiding, afraid that they will be arrested by Jordanian police, or even killed. Converting to Christianity is a serious crime in Jordan.

A clear pattern of discrimination by the United Nations refugee agency in Jordan against Christians. And it appears to be one reason that while tens of thousands of Syrian Muslim war refugees have been settled in the United States and Britain, only a small number have been Christian.

And the two governments that could stop this persecution of Christian refugees – the US and Britain – have done little to nothing about it.

Lord George Carey is suing Britain’s home office alleging that “politically correct” officials have been “institutionally biased” against Christian refugees. He also wants to find out why out of 60-thousand Syrian war refugees accepted into the United States and Britain in 2014, almost none were Christians.

“You have this absurd situation where the scheme is set up to help Syrian refugees and the people most in need, Christians who have been “genocided,” they can’t even get into the U.N. camps to get the food. If you enter and say I am a Christian or convert, the Muslim U.N. guards will block you [from] getting in and laugh at you and mock you and even threaten you.

Christian Refugee Viewed as the Enemy by Muslim UN Officials

Another Syrian refugee, Timothy, who told us he became a Christian after seeing Jesus in a dream, said he was also blocked from entering a refugee camp by Muslim UN officials.

“All of the United Nations officials, most of them, 99 percent, they are Muslims,” Timothy explained from Jordan, “and they were treating us as enemies.”

Diamond says, “Sunni Muslim officials have blocked the way. They’ve laughed at them, threatened them, said ‘You shouldn’t have converted. You’re an idiot for converting. You get what you get,’ words to that effect.”

Carey says by doing nothing, western governments are complicit in what calls “the steady crucifixion of Middle East Christians.”

“And no simple measures are taken by both the British and the American government,’ Diamond says, “It would be simple just to open up a refugee camp for religious minorities, for Christians, Yazidis, whatever they are, and they’d be safe. But no one does that.”

Christians refugees who have made it to western countries are increasingly being deported back to Muslim nations, with no regard for the danger they will face.

Swedish attorney Gabriel Donner who represents Christian asylum seekers, says Sweden is now deporting up to one-third of Christian refugees back to Muslim nations where they are likely to be imprisoned or killed.

One of those Christian refugees now facing imminent deportation is Iman Amir-Ourang from Iran, shown here with members of his church in a foot washing. He says Swedish officials either did not understand or care about the evidence of his Christian faith.

Amir-Ourang told us, “There are so many atheists living in Sweden, so they can’t believe in somebody that believes in God. So just because they don’t believe in our Lord, they don’t trust anybody else to believe in the Lord either.”

“They don’t understand the message in the Bible. It’s just completely alien to them,” Donner added.

President Trump told CBN News in 2017 that Christian refugees would be given priority. But Muslim governments officially classify Christians as security threats, causing their asylum applications to western countries to be rejected.

The UN Refugee program did not respond to our request for answers.

Lord Carey has publicly appealed for money in his suit against the British home office, which has already threatened the 84-year churchman with all court costs if he loses.

Meanwhile, Britain’s Home office is spending a lot of time and money on the resettlement of the children of ISIS terrorists. 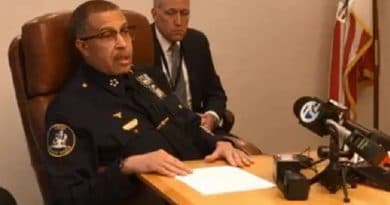 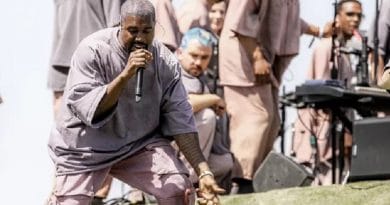 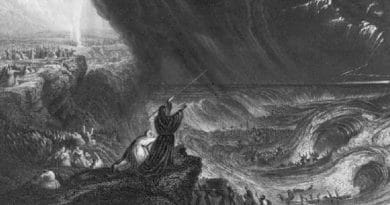