Political scientist has found disturbing trends, but it’s the church where the poor can learn to step up from poverty.

“How I would like a Church that is poor and for the poor,” Pope Francis said soon after his election in 2013. But if the recent findings of political scientist Ryan P. Burge are accurate, there might not be all that many poor people in the pews.

Burge, who teaches at Eastern Illinois University and whose research appears on the site Religion in Public, wrote at Christianity Today that the poor in America are leaving the church “en masse.”

That, he said, is a shame, because churches (of whatever denomination) are the very places that can provide the “social networks and social capital” that can help the poor can find ways out of poverty.

Burge took four income brackets from the General Social Survey (GSS) and calculated the share of people in each who said they never attended religious services. “The change over the last 46 years was stunning,” he writes.

In the 1970s, the difference in church attendance among the four income groups was relatively small (about 5%). That gap has widened significantly over the last four decades, with a noticeable spike in recent years. In 2018, a quarter of the wealthiest Americans reported never attending services, while the share of those in the bottom bracket who never darkened a church door was over 35 percent. In essence, the inequality gap in attendance has now doubled.

It’s not just church, Burge admits. “Americans in the lowest income bracket report being increasingly isolated from their own communities overall,” he writes. But by and large, people who have less active social lives are more likely to never attend a worship service.

“Consider this,” Burge says: “40 percent of individuals who are in the bottom quartile of the income spectrum and engage in few social activities never attend church. That’s twice the rate of someone in the top income bracket who has an active social life.”

And yet, churches can help people acquire skills that are useful in the working world. “Oftentimes people will be asked to organize an event, lead a small group, help develop a budget, or put together a rally,” Burge notes. “Churches broaden social networks, teach skills, and encourage community involvement—which can be highly valuable in the world of work.”

Is this, then, yet another reason for the Church, as Pope Francis has urged, to go out to the margins. 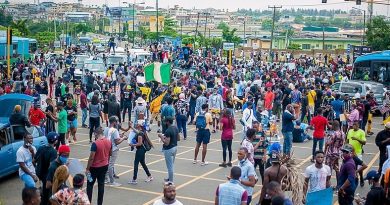 KTF REWIND: The Cherries – Faith, Hope, Happiness. Does she dare?