Calls have been made for the next census to include the specific ethnic groups black Welsh and Asian Welsh.

In the 2021 survey, people will be given several options about identity.

This includes an option in the ethnic group section for white Welsh, but campaigners are angry that in the black ethnic group option, there is no black Welsh option, only black British.

The Office for National Statistics, which is responsible for the census, said it had consulted with the public.

But singer Kizzy Crawford said she wanted to see the option black Welsh included in the section on ethnicity on the census, which comes out every 10 years.

Merthyr-born Crawford, who has Caribbean and Welsh heritage, told BBC Wales’ Newyddion 9 programme: “For years now, whenever I’ve had to fill a form like this, and state my nationality, there’s never been an option for me.

“I haven’t seen anything that represents me. I’ve always put down mixed or mixed British but that’s not accurate. I consider myself to be Welsh.

“I’ve always felt that people don’t accept me as a Welsh woman because of the colour of my skin. Things like this just confirm that.”

When people from Wales complete the census in two years, according to the draft version, there will be a box for white people noting they identify as Welsh, English, Scottish, Northern Irish or British.

But for ethnic minority groups in this particular section, the classification is black British and Asian British with no option to say black Welsh or Asian Welsh.

The question offered in Scotland is different, where people from ethnic minorities can tick a box if they are British, Scottish or otherwise.

The census there is run by National Records of Scotland, not the ONS.

Yasmin Begum, a writer and activist from Cardiff of Welsh and Pakistani heritage, tweeted about the issue, saying: “I’m Welsh Pakistani, not British Asian.”

Gwynedd council has asked the ONS to consider the categories again.

“How it is worded, with only the choice of black British or Asian British, it’s like forcing people to choose between being Welsh or being black or Asian. It’s not acceptable.”

But the ONS has defended the choice of options, saying there are a number of questions which allow people to state their national identity and ethnic group.

A spokeswoman said: “Everyone who wants to identify as Welsh can do so through their national identity and their ethnicity.

“The census questionnaires are designed to ensure people have the options to do this.

“We’ve engaged widely with users in Wales and are proposing that anyone wishing to identify as Welsh and another category (including Asian or Asian British and black, black British, Caribbean or African) will be able to do so by completing one of the write-in options.” 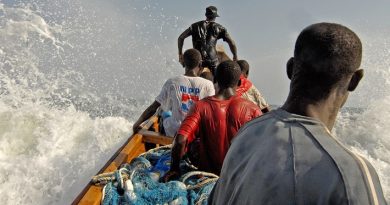 On Keeping the Faith