“I grew up in a world where a woman who looks like me, with my kind of skin and my kind of hair, was never considered to be beautiful.

“I think that it is time that that stops today.”

That’s the message from newly-crowned Miss Universe Zozibini Tunzi, who is from South Africa.

More than 90 women from across the world took part in the pageant which was held in Atlanta in the US on Sunday.

Finalists in the competition were asked a range of questions on topics such as climate change, protest and social media.

In her final question, 26-year-old Zozibini was asked what we should be teaching young girls today.

Her answer was leadership.

“It’s something that has been lacking in young girls and women for a very long time – not because we don’t want to, but because of what society has labelled women to be,” she said.

“I think we are the most powerful beings on the world, and that we should be given every opportunity.

“And that is what we should be teaching these young girls – to take up space.”

Zozibini is the first black woman to win the competition since Leila Lopes in 2011.

The Angolan former winner congratulated her in a post on Instagram, writing: “Congrats girl you did us very proud.”

Relfecting on her win, Zozibini wrote: “Tonight a door was opened and I could not be more grateful to have been the one to have walked through it.

“May every little girl who witnessed this moment forever believe in the power of her dreams and may they see their faces reflected in mine.

The hashtag #MissUniverse was trending on Twitter and she even got a shout-out from Oprah Winfrey.

Several people highlighted the importance of a black woman with natural hair winning a beauty pageant.

Zozibini, who won Miss South Africa in August, is described by Miss Universe as “a proud advocate for natural beauty”.

It adds that she’s “a passionate activist and engaged in the fight against gender based violence”.

“She has devoted her social media campaign to changing the narrative around gender stereotypes.”

Although her exact prizes aren’t revealed by Miss Universe, Zozibini’s expected to have won a year’s stay rent-free in an apartment in New York – and a salary worth around $100,000 (£76,000).

She’ll also fly around the world for media and modelling opportunities.

Miss Universe and other beauty pageants regularly come under criticism – with some people questioning whether they have a place in today’s society.

One person on Twitter wrote: “A beauty contest placing women up against each other is extremely outdated.”

The events have tried to move with the times and several now focus on the contestants’ achievements and giving women a voice.

But Miss Universe still has a swimwear competition where contestants pose in bikinis – although that part isn’t shown on TV.

“One of the biggest problems that women have in the 21st century is having people listen to them,” she said.

“We have had to be very creative in making a space for ourselves.”

She admitted that questions about pageantry and beauty standards are “understandable”.

“As someone who’s gone through the system, I would advocate for it for young women.”

Another of the world’s biggest beauty pageants, Miss World, has come under criticism recently because of its rules banning mums from competing.

Model Veronika Didusenko, 24, was crowned Miss Ukraine 2018 – but she had her title taken away when organisers found out she had a son.

She’s decided to take legal action against the contest over its policy.

“I want to make them more fit for nowadays and reflect women’s reality today – who can perfectly balance between their careers and their personal life,” she told Newsbeat.

The importance of A thriving Black Church 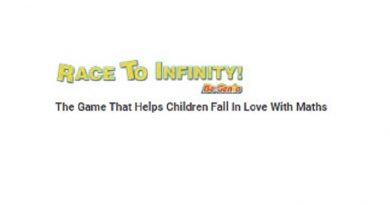 Black businesswoman sells in US with debut award-winning maths game