Permanent hair dye and chemical hair straightener use was linked to a higher risk of breast cancer in a new study from researchers at the National Institutes of Health. The risk is more than six times higher for black women.The study, published Wednesday in the International Journal of Cancer, followed 46,709 women, all part of the Sister Study, a National Institute of Environmental Health cohort of women whose sisters had been diagnosed with breast cancer. (Family history of breast cancer is considered a risk for developing breast cancer.)

It found that, overall, women who said they used permanent hair dye in the year before enrolling in the study were 9% more likely to develop breast cancer when compared with women who did not. The risk was substantially higher among black women.

Breast cancer incidence is rising among black women, a 2016 Centers for Disease Control and Prevention report found, and there are numerous racial disparities in health care access, quality and affordability that may hinder treatment.

There’s an important consideration in interpreting the results: The study analyzes association, not causation. The women in the study were already at a higher relative risk for breast cancer because of their family history.Definitively identifying causes of breast cancer might be limited by current science, said Dr. Otis Brawley, professor at the Johns Hopkins University Bloomberg School of Public Health and former chief medical officer of the American Cancer Society.

“Maybe these products cause cancer, maybe they don’t,” said Brawley, who was not involved with the study. “But maybe this is something that science simply just cannot answer.”A decisive answer, he said, would require a longitudinal study of thousands of black women who use or do not use these chemicals, which is widely considered impractical and unethical. There are other cancer risks women can control, Brawley said, and they’re more strongly supported by research.Tobacco use, obesity, an excess of calories and a lack of exercise are the leading preventable risk factors for cancer that people can change, he said. They’re linked to at least 12 cancers, including breast and endometrial cancers. Alcohol consumption, too, is more clearly linked to risk of breast cancer than chemical dyes and straighteners, he said.

What’s to be done

What can women do with results like these? The study noted that the risk of breast cancer was lower in women who permanently dyed their hair in a professional setting, like a salon. Stylists might be less likely to expose clients’ skin to the dye chemicals, Brawley theorized. Hair products contain more than 5,000 chemicals, the authors write, and most of the dyes and straighteners did not “reliably document” ingredients on the label.The study doesn’t pinpoint which of the chemicals caused the damage, but makes some suggestions: Some aromatic amines, chemicals also found in tobacco smoke and industrial byproducts, disrupt the endocrine system, and some dyes have been found to induce tumors in rats’ mammary glands. 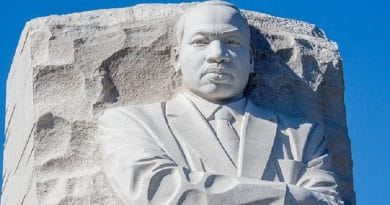