An innovative hydropower scheme is set to protect one of the most important books in Welsh history from the effects of climate change.

It has been installed at Ty Mawr Wybrnant in Snowdonia, which houses a collection of over 200 rare Bibles, including the first Welsh translation.

Increased rainfall and damp are affecting the manuscripts.

Now the plan is to use electricity generated from a stream near the property to control humidity levels.

The 16th Century farmhouse was the birthplace of Bishop William Morgan, whose translation of the Bible into Welsh in 1588 has been described as the most significant step in ensuring the survival of the language today.

Visitors can see one of the last remaining copies at the property, which is now managed by the National Trust.

However, the entire collection is susceptible to moisture and the trust said the farmhouse was feeling the effects of more persistent, heavier rainfall and what it described as the “worst flood in living memory” earlier this year.

How will hydropower help preserve the books?

Working with researchers at Bangor University and Trinity College Dublin, the trust has placed a small water pump on a stream near the property.

The 4.5kW so-called “pico” hydro has been designed to allow the site to be heated as sustainably as possible.

“The hydro will only borrow a certain percentage of water from the stream once the water levels reach a certain point,” explained Keith Jones, the National Trust’s climate change advisor.

“This means we are generating electricity when we most need it, when there’s more moisture in the air after rainfall. The energy is consumed directly onsite, solely for the conservation of this priceless Bible collection.”

Through avoiding the use of gas-powered heating, the project aims to reduce the property’s greenhouse gas emissions.

It is the first time the National Trust has used hydropower for the primary aim of protecting a historic collection.

“Climate predictions indicate likely increases in the severity and frequency of rainfall in the area,” Mr Jones added.

“We must reduce our impact on the climate, but we can harness the tools nature gives us to adapt to the challenges we are facing.”

Could this be used elsewhere?

Dr Prysor Williams, senior lecturer in environmental management at Bangor University, said one of the benefits of the technology was the reduction in cost.

“It does mean that the prototype could be affordable to a whole range of different businesses and farmers. We have thousands of small streams and rivers running across Wales. There is significant scope and potential for this to be rolled out much further.”

The Ty Mawr Wybrnant hydro scheme came out of the Welsh-Irish Dwr Uisce Project, which works on innovative ways of using water to generate clean energy.

Another of their schemes has involved capturing the leftover heat in waste water as it is washed down the drain at Bangor’s Penrhyn Castle.

Climate change is one of the biggest threats to historic properties, according to the National Trust.

“Sensitive and fragile objects like books, manuscripts and other documents are especially susceptible to conditions such as damp,” its libraries curator Tim Pye said.

The trust now plans to look at how the pico hydro could help protect other collections that are similarly at risk.

Who was Bishop William Morgan?

His 10-year endeavour to translate the Bible, primarily from Hebrew and Greek, meant the Welsh people had a Bible in their own language for the first time.

It helped to standardise the language and is credited as a major step in ensuring its continued use.

“The Bible at Ty Mawr Wybrnant is a hugely important part not only of the property’s story but of the history of the Welsh language,” Mr Pye concluded.

‘People of colour seem to be superglued to the floor’ 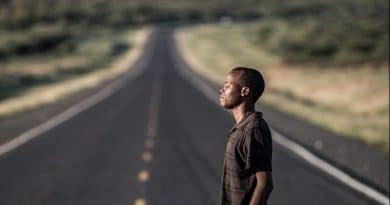