A primary school in northeastern Switzerland has dropped three carols from its Christmas singing event out of respect to other cultures. The decision has been greeted with widespread surprise.

“Go Tell It On The Mountain”, “Fröhliche Weihnacht überallexternal link” and the Swiss German modern carol “S’grööschte Gschänkexternal link” – all songs recounting the birth of Jesus – will not be sung by the school Schulhaus Matt in Wilexternal link during its traditional Christmas singing event on December 20, as reported by 20 Minutesexternal link. Consideration for other cultures and religions was the reason given, the newspaper said.

Local politician Jutta Röösli, who is also the head of school board, confirmed the decision to Swiss public television SRFexternal link. She said that she regretted the move had caused such dismay in the media and among the public.

She said there had been objections from a few Muslim parents in the past years, but also from people “who have no religion affiliation or who go through life without religion”. That’s why the decision had been taken to drop certain carols. The school had considered the issue very carefully, she added.

The town of Wil in canton St Gallen – where justice minister Karin Keller-Sutter grew up – has a population of almost 24,000, of which around 29% are foreignersexternal link.

Röösli said that the schools did follow Christian values – other Christian carols would be sung during the Christmas event, such as “Silent Night”.

Farhad Afshar, president of the Coordination of Islamic Organisations of Switzerland, said he regretted the decisionexternal link to drop the Christian carols. It was not the right path to take religion out of schools completely, he told SRF.

He proposed that schools also celebrate Muslim or Jewish holidays. In this way, children would learn about other religions. “This way is much more interesting for children than if you try and distance schools from religious issues,” he said.

Indeed, when SRF visited Wil – on the day that its Christmas tree was being decorated in the town centre – residents, although in favour of integration, were generally against the school’s decision. Passers-by with a Muslim background, who didn’t want to go on camera, said they had no objections to the songs or had even sung the songs themselves during their school days.

Church and state has been separated at federal level since 1848, but the defining the exact relationship is the responsibility of the cantons.

Dagmar Rösler, the head of the Federation of Swiss Teachersexternal link, told 20 Minutesexternal link that primary schools are politically independent and non-religious. The nativity is usually part of religious studies classes. But she said she could understand the reaction to the Wil school’s decision. Although times are changing, it is also normal for Advent to be celebrated and it was therefore difficult not to sing songs with Christmas texts.

She said that cases such as Wil are isolated and that most schools still sang Christmas songs.

Political scientist Laura Lots, who has specialised in Islamic Studies, said she was not totally surprised by the outcry over the decision. Such discussions periodically come up at this time of year, she told SRFexternal link, also in neighbouring Germany and Austria. It was “symptomatic in a context in which the religious landscape is changing. It’s becoming more diverse and there are also increasing numbers of people who don’t feel part of any religion. So they also ask themselves, which religious songs should we sing at a school Christmas event?”. 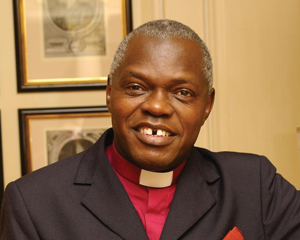 A church, a synagogue and a mosque to share interfaith complex in Abu Dhabi

One thought on “School drops Christmas carols to ‘respect other religions’”