A 12-year-old Texas boy, who is praying to be adopted, says God is the reason he’s still smiling despite still being in foster care.

Jonah, whose last name wasn’t provided, is currently in the custody of the Texas Department of Family and Protective Services and has spent four years waiting to be adopted by a forever family.

He sat down for an interview with WFAA 8 in Dallas for the station’s Wednesday Child segment, which focuses on children hoping to be adopted.

He says that God keeps him grinning when he’s feeling down.

‘He’s brought me through many, many things,’ Jonah said, dressed in grey slacks, a grey vest, a blue button down shirt and a striped tie.

‘As far as abuse before I came into [Child Protective Services]. He’s brought me through a lot. Just a lot overall.’

Jonah is an honor roll student who has straight As and says he even got an award for being a multi-tasker.

‘I have a desire to have knowledge and wisdom,’ he told WFAA 8.

Despite his hardships, he said he wakes up every morning smiling and credits God with helping him get through it.

‘Waking me up this morning, you know what I mean?’ he said.

‘Starting me on my way. I’m in my right mind. I know who I am and I’m proud of being the person who I am.’

Jonah said with as good as he feels, he wants other to feel the same way.

‘I am a person who likes to uplift people,’ Jonah told WFAA 8.

‘The golden rule is to treat somebody the way you want to be treated and that’s what I do or at least what I try to do the most.’

But, more than anything else, Jonah wants to be adopted and said he knows the right family for him is out there.

‘Reason why I want to be adopted, is because I know there’s a family out there that fits me in the best possible way that they can,’ he said.

According to KVIA, newly released Texas CPS data shows that more than 20,000 children existed the foster care system in 2019.

Of those children, more than 6,000 were adopted, and at least half were adopted by relatives.

Compare that to the data provided by CPS just three years ago when over 19,000 children entered foster care. More than 18,500 left and about 5700 children were adopted.

For more information on Jonah, if you’re already licensed, please email all approved home studies to La Queena Warren at laqueena.warren@dfps.state.tx.us and include his name in the subject line. 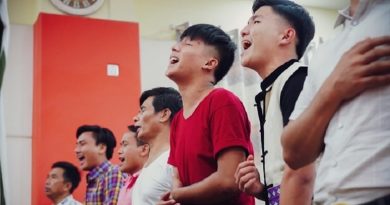