A Netflix Christmas special that depicts Jesus as a gay man has has offended more than one million Christians.

The 46-minute film, The First Temptation of Christ, was released by Netflix in Brazil on December 3, but no sooner had the picture started streaming, controversy had been sparked.

The flick is by a Brazil-based YouTube comedy group and shows Jesus as a closeted homosexual on Christmas.

So far, more than 1.4 million people have signed an online petition calling on Netflix to remove the piece and take action against the producers for their ‘alleged insensitivity toward Christians.’

The film sees Jesus and a friend named Orlando arriving at Mary and Joseph’s house who are throwing a birthday party for their son.

Jesus tries to downplay his relationship with Orlando, who hints the pair are more than just friends.

‘Jesus, who’s hitting the big 3-0, brings a surprise guest to meet the family. A Christmas special so wrong, it must be from comedians Porta dos Fundos,’ reads the description on Netflix.

The politically incorrect story has seen some Christians express their dismay at the production calling it ‘trash’,’extremely offensive to the values, principles and Christian faith,’ and ‘intolerant’ to religions according to the Daily News.

‘We support freedom of expression, but is it worth attacking the belief of 86 percent of the population?’ Bolsonaro asked.

Henrique Soares da Costa, a bishop in the Brazilian state of Pernambuco, wrote on Facebook to say he had canceled his Netflix account due to the film, denouncing it as ‘blasphemous, vulgar and disrespectful.’

This is the second time the comedy group, Porta dos Fundos, have made an controversial religious special according to Fox News.

The teaser for the 46-minute movie says Jesus, seen left, who is turning 30, brings a ‘surprise guest’ to meet his family

In a different tale, the group filmed The Last Hangover which saw Jesus’ disciples looking for him the morning after the Last Supper.

‘In this biblical Hangover spoof, the apostles awaken to find Jesus is missing and must piece together events of the previous night’s wild Last Supper,’ reads the description on Netflix.

Porta dos Fundos have mocked the petition running against them have have set up their own version which sarcastically calls for the removal of their film from Netflix, describing their own comedy special as ‘tragic and sad.’

‘Porta dos Fundos values artistic freedom and humor through satire on the most diverse cultural themes of our society and believes that freedom of expression is an essential construction for a democratic country,’ the group said in a statement to the outlet. 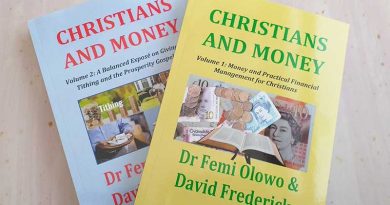