The mother of a 14-year-old boy hunted down and knifed to death in gang violence said she will never forget the image of her youngest child lying face down in a pool of his blood.

Jaden Moodie was dealing drugs on 8 January in Leyton, north-east London, when he was mowed down by a car. As he lay in the road, he was repeatedly stabbed by a rival gang.

One of his attackers – 19-year-old Ayoub Majdouline was found guilty of his murder on Wednesday. Jaden’s mother explains how her son became embroiled in a drug turf war.

Jada Bailey was cooking at home in Walthamstow when she got a knock on the door on the evening of 8 January.

“It was Jaden’s friends. They told me that he was not responding. I didn’t know what they were talking about at first,” she said.

Jaden had been riding down Bickley Road on a moped at about 18:30 when a Mercedes ploughed into him head on, launching him over the car’s bonnet.

He was then set upon and stabbed to death within seconds.

“I ran [there] with my two daughters,” Jada said. “Everything was taped off and there were lots of police and paramedics. I will never forget being pulled to one side and being told Jaden was no longer with us.

“At that moment I was just in disbelief – in a state of shock. I asked immediately to see him – and when I saw him, he was laid out in the crucifixion pose.

“That image has not left me.”

Jada said her son was caring and loving – but the trial into his murder revealed he had become increasingly troubled as he entered his teenage years.

In March 2018 – by the time he was 13 – he was handed a youth conditional caution after police seized an air-powered pistol, a Rambo-style knife and cannabis during an altercation in Nottingham.

Four months later, Jada called police to say she had been threatened on her doorstep by a 16-year-old boy who told her Jaden owed him money – and if he did not pay, she and her son would be stabbed.

Ten months after that she complained to social services that she had handed £300 to stop the boys from threatening her. She also said she had found a large knife in her home – a clear sign, she thought, that her son was being groomed into a life of crime.

Fearing for her family’s life, Jada decided to move 140 miles from the market town of Arnold in Nottinghamshire to Waltham Forest in east London.

But his mother said that despite being close to male role models like his uncles, the teenager was soon excluded from his new school in Chingford and lured back into criminality.

Last year, he admitted appearing in a Snapchat video with an imitation firearm and was found with crack-cocaine at an address in Bournemouth.

On the afternoon before being stabbed, Jaden had called a friend to tell him “I’m in beef again”.

It was only after his death that his mother learned of his involvement with one of the biggest and most organised gangs in Waltham Forest – the “Beaumont Crew”.

He had been dealing cannabis for the gang when he was set upon by his rivals, the “Mali Boys”.

Ayoub Majdouline and four other boys were part of the Mali Boys gang and on 8 January were cruising the streets around Bickley Road in a stolen Mercedes.

They had covered their hands and faces, armed themselves with knives and were looking for trouble.

Jaden was in the area at the same time, having visited a youth bus run by Christian charity, Worth Unlimited. He then set off down Bickley Road on a moped.

It was here where Majdouline and his accomplices spotted the teenager and drove the Mercedes right at him.

Majdouline, wearing yellow washing up gloves, got out of the car with three other boys and repeatedly stabbed the 14-year-old in the back while he lay on the ground.

He suffered nine stab wounds in the 14-second attack and bled to death in the road.

Forensic practitioner Ian Hounsell, who was nearby, told jurors he could hear the teenager “grunting” and that he noticed several slit marks at the back of his jacket.

He administered CPR, but the 14-year-old was pronounced dead just after 19:00 GMT.

“The way in which he died was barbaric,” Jada said. “How could they [his attackers] do that – to a child?”

During the trial, prosecutor Oliver Glasgow QC said these young men had “no qualms about carrying and using deadly weapons to kill, no qualms about attacking their victim on a public street, and no qualms about playing out their petty rivalries using the blade of a knife.”

Jurors heard social services were worried Majdouline was being groomed by sophisticated adult dealers and he was identified by the National Crime Agency in 2018 as a victim of “modern slavery”, amid concerns of exploitation.

Giving evidence, the defendant told the court how he sold drugs “for and with” the Mali Boys, including county lines deals in Basingstoke, Ipswich and Andover.

He had been caught with drugs and carrying knives, but despite serving time went back to dealing.

“I was not getting really any money from social services – £50 a week. Everyone in Leyton that I knew was selling drugs to make money so I just thought… to survive.

“I was selling drugs for this older guy. He didn’t want me to get robbed or lose his drugs so he gave me a knife for my own safety.”

The relative naivety of Jaden’s attackers was highlighted in the way they tried to get rid of the evidence in the moments after the murder.

The obviously damaged Mercedes, which had Jaden’s blood on the bonnet, was abandoned in a cul-de-sac five minutes away from Bickley Road.

Blood-stained yellow rubber gloves worn by Majdouline and the knife used in the attack, both covered in the defendant’s DNA, were put down a drain near the abandoned car.

Majdouline was seen on CCTV buying cigarettes at Bercey Food and Wine shop 10 minutes after Jaden was murdered, while the T-shirt, jeans and Nike Air Max trainers he wore during the attack were found in a burnt pile opposite the shop, in the grounds of St Mary’s Church on Church Road.

The evidence was enough to convince a jury of eight men and four women that Majdouline was guilty of Jaden’s murder.

Two other males arrested for their involvement in the attack remain under investigation.

The Met said it was committed to bringing all five people in the Mercedes to justice.

“No child is safe while Jaden’s [uncaught attackers] are on the streets of London,” said Jada. “Since 8 January, more people have died and something has to change.

“My son will not be dying in vain because I will save more children like that around here – the ones who have been excluded from school particularly.”

Research by City Hall showed more than 4,000 people in London were recruited by gangs to supply drugs through networks across the UK in the last year.

Jaden, who lied about his age to other gang members, was believed to be the youngest member of the Beaumont Crew. He was also the youngest murder victim in London since 14-year-old Corey Junior Davis was shot in 2017.

Jada has set up the Jaden Moodie Movement – a foundation to provide safe spaces for vulnerable children and young adults.

“We loved our son and he did have structure. But certain individuals and structures failed him,” she said. “Now we want to help these kids get off the streets and show them that there is a better future to be had away from drugs and knives.

“If there are people on our streets capable of killing a 14-year-old child, then no one is safe. No more children need to die.” 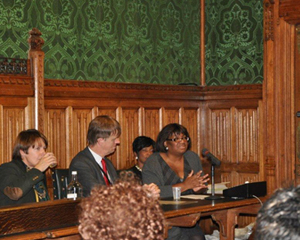 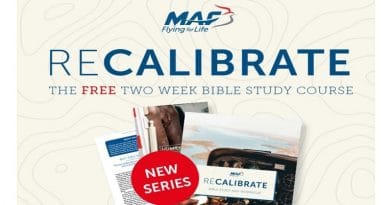