Whether it’s serving up a traditional lunch with sides of aloo gobi and matar paneer, or lighting up the tree and the menorah to celebrate what your family refer to as “Christmukkah”, the way Australia celebrates Christmas Day is changing, largely as a result of increasing inter-cultural marriages.

Yet, rather than letting our cultural and religious differences divide us on one of the holiest days on the Christian calendar, Dr B. Hass Dellal, executive direct or of the Australian Multicultural Foundation, says most of us focus on what unites us.

“Even though Australia’s major religion is Christianity, we practise over 100 faiths within this nation and a lot of couples use this occasion to gain a greater understanding of one another’s faith, culture and family dynamics related to both,” he says. “While these inter-cultural couples may face challenges occasionally – particularly when it comes to the viewpoint of older generations, they’re also wonderful ambassadors for cultural cohesion moving forward.” So, how do such couples make
the day work for them? With open communication, a little compromise and plenty of food.

“It was a shock at first”

The traditional Christmas spirit was lost on 42-year-old Muslim Tunga Kurtonal until he started dating Tanya Rapa, a 35-year-old Catholic and avid tinsel-lover, three years ago.

Tunga says: “I don’t know that I fit the ‘traditional Muslim’ bill. Although holy Muslim events like Ramadan were celebrated in our household, my parents would also put up a tree every Christmas – with presents from Santa underneath it. Having moved to Australia from Turkey, they didn’t want us to feel different from any of the other kids at school, but even from a young age I knew that for us, it was only ever about having an excuse to spend quality time with family.

When I met Tanya, what I believed to be the Christmas experience changed for good. Her family is religious – the kind with hundreds of crucifixes on their walls – and Christmas is a massive occasion with Midnight Mass, different meals at various relatives’ homes, and towers of presents. It was a shock at first but I’ve really come to enjoy it.

I draw the line at going to Mass, so Tanya attends with her family, but we’ve worked out a system now where we visit her nan and mum in the morning for breakfast, have a traditional lunch with the trimmings at her dad’s place and then go to visit my side of the family for a casual dinner and drinks in the evening.

My side of the family might not be into the religious side of Christmas, but we’re into family, and what better day to celebrate that?”

Tanya says: “Looking back, I think the biggest shock for Tunga when it came to celebrating Christmas with my family was just how many presents you have to buy. Not that he had a problem with spending money; when we bought our first tree together, he went crazy on decorations because he’d never had his own tree before. Of course, he can’t get enough of the food, and he loves the company of my family, so I think he enjoys the day a lot more than he lets on.

Being Maltese and coming from a religious household, Christmas was always the biggest day of the year for us. I grew up on acres, so even as a kid, my dad’s truck would play a big role in the nativity scene at the church and my horse would be the donkey.

Although things relaxed somewhat as I got older, I think there was always some sort of expectation that I would one day wind up with someone with a similar background. Today, they’re more interested in whether someone has similar core values to me and Tunga certainly has those.

When it comes to making a relationship with two very different cultural backgrounds work, it’s all about open conversations and compromise. I’m by his side for all his religious holidays and family events and he’s there for mine. It doesn’t mean you necessarily believe what they believe, it’s about about loving and respecting your partner enough to celebrate them regardless.”

For over 20 years, married couple Sunila Forsythe, a 52-year-old Hindu, and John Forsythe, a 64-year-old Christian, have been bringing together the “best of both worlds” for their family Christmas.

Sunila says: “I wouldn’t say I had a religious upbringing but a spiritual one. In Hinduism, there’s a tolerance for every religion because we believe all gods are the same, and importance is placed on being a good person. That said, when I moved to Australia from India 30 years ago, it felt important to maintain my culture, but at the same time take on the cultural celebrations and traditions of my new homeland.

I first began celebrating the day with gusto when I married John, but I did find Christmas in Australia to be an unusual experience at first. As a child I’d lived in Germany, so up until that point any frame of reference I’d had was the traditional white kind, with snow and postcard images. Suddenly I was looking at 35-degree days with platters of seafood and afternoon swims. Still, I got used to it pretty quickly!

We celebrate Hindu holy days such as Diwali, but Christmas is huge in our house. Our kids [a 17-year-old daughter and nine-year-old son] get presents from Santa under the tree, I build a Christmas village with flashing lights and fake snow, and we do a lovely family lunch where we all overeat.

Occasionally I’ll serve tandoori chicken alongside the more standard fare but outside of that, I try to keep to the recipes taught to me by my mother-in-law because I love those traditions. Hopefully, one day I’ll be able to pass them down to our kids.”

“When I think about Christmas Day, I think what really works in our favour is that neither Sunila nor I are particularly religious. Although I had a Uniting Church upbringing which meant going to church with my parents and attending Sunday School, today I’m probably best described as a non-practising Christian. We’ll go to church or temple together to celebrate a wedding or mourn the loss of someone dear to us, but outside of that we’re more invested in being decent human beings.

Any parent knows there’s no match for seeing the joy on your children’s faces early in the morning when they open their presents or just sitting and reflecting on the life you’ve created with your partner and for me, that’s what Christmas Day is about. There’s no doubt Christianity is a good rule book for life, but so too are a lot of Indian teachings and I feel that our particular combination gives the kids the best of both worlds.

With multiculturalism being what it is in Australia, I think as the years go by, there will be many more families like ours making decisions on how to celebrate the day and which elements of their respective cultures they’ll include.

If anything is to be made of this, it’s that there’s no one-size-fits-all that can apply to the Australian Christmas.”

“We try to celebrate ‘Christmukkah’ ”

For married couple Janine*, a 38-year-old Anglican, and Robert*, 39 and Jewish, the decision to celebrate Christmas came down to a question of faith.

Janine says: “I was born into a churchgoing household where Christmas Day is seen as one of the holiest days of the year. As a child, it was only after we paid our respects in church first thing in the morning that we could go back home to open gifts and have the traditional lunch. With our own children [an eight-year-old daughter and four-year-old son] we’ve relaxed the rules slightly so that they can open their presents first but attending morning service is still the most important part of our day.

There was never any discussion about how Robert and I would celebrate Christmas; it happened organically. I’m devoted to my faith, while Robert is more interested in family traditions. He’ll come along to church with us in the morning and have a traditional family lunch at my parents’ house, but we’ll always visit his side of the family on Boxing Day or before the day itself.

We try to celebrate Hanukkah – or as we like to call it, Christmukkah – where we can. But as it often runs at the same time as Christmas, we haven’t done an awful lot around it. If Robert pushed it, or the kids began asking questions, I’d probably try to incorporate it a little more into our celebrations, but I’m so busy running Christmas that I’d need him to own that one.”

“When you’re a child, this time of year is all about the presents, and one of the reasons
I loved Hanukkah so much was because you got eight days of them. Some members of our family put together a celebration on Christmas Day, too, but not as it is traditionally celebrated by Christians. For us, it was just another reason to get the family together and eat. For me? Yes, it was all about receiving another present.

I’d define myself as culturally rather than religiously Jewish, but when I first started dating Janine, I could see how much their Christian faith meant to Janine and her family.

When something is that important to someone you love, it makes sense to let them take the lead when it comes to celebrating the holy days that matter to them. If I were religious maybe I’d feel differently, or perhaps I’d push for there to be more of a focus on some of the Jewish celebrations, but I really don’t mind. I’m a lot more invested in spending time with the kids and enjoying traditions as a family.”

*Names have been changed. 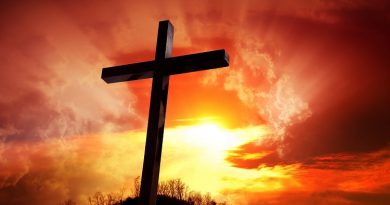 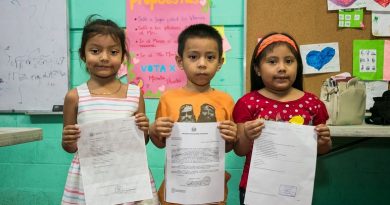 The Power of 1440 by Tim Timberlake