Didymus is the Greek word for “twin”, while “Thomas” is Semitic, either Hebrew, Aramaic or Syriac, which are all similar languages.

Professor Martin said: “His ‘real’ name is Judas, and Didymus and Thomas are his nicknames – one Greek and the other Semitic or Aramaic.

“This was used as evidence by some early Christian traditions that Thomas was the twin brother of Jesus.

“One strand of Christianity in particular – the Thomasine Christian tradition – believed this.”

The Thomasine tradition was a form of Christianity particularly popular in areas of the modern-day Middle East, which traced its tradition back to the Apostle Thomas.

It is very likely the Apostle Thomas – who had the nickname ‘Twin’ – really was a historical figure.

Traditional Orthodox Christians, however, do not believe he was Jesus’ twin brother.

The majority simply believed Thomas had the nickname because he was the twin brother of somebody else.

Professor Martin added: “But in Thomasine Christianity, they believe it was Thomas himself who was Jesus’ twin.

This is particularly the case in early forms of the religion in Syria, Mesopotamia and India.”

Thomas the Apostle was one of the Twelve Apostles of Jesus according to the New Testament.

Thomas is commonly known as “Doubting Thomas” because he doubted Jesus’ resurrection when first told of it.

It was only later he confessed his faith, famously saying “My Lord and my God” on seeing Jesus’ crucifixion wounds.

The Yale Bible specialist continued his bombshell lecture by explaining there is more than one Gospel of Thomas.

He said: “There is also the infancy Gospel of Thomas, which illustrates what Jesus was like as a child.

“From the remaining fragments of this text, Thomas tells the reader how Jesus played with clay pigeons.

“One story reveals how Jesus is told off for playing, so the child claps his hand and the clay birds fly off.

“And another tells how when one of Jesus’ teachers criticises him, he simply turns the teacher dumb and blind. 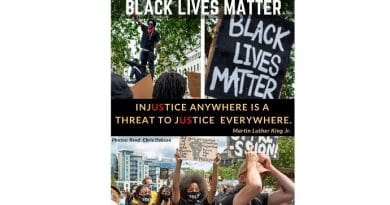