An underdiagnosed genetic mutation in people of African descent carries an increased risk for heart failure, according to a study.

When present in those patients, a genetic variant, TTR V122I, could lead to a higher risk of hereditary transthyretin amyloid cardiomyopathy — a potentially fatal disease caused by a protein buildup in the heart. Researchers at Mount Sinai School of Medicine and the University of Pennsylvania School of Medicine published the study Tuesday in the Journal of the American Medical Association.

Heart disease is a leading cause of death among all genders and racial and ethnic groups, but non-Hispanic black people are more than twice as likely to die of it, according to the Centers for Disease Control and Prevention. The discovery underscores the need to study nonwhite populations and their health concerns, clinicians say.

Heart failure, a chronic condition in which the heart doesn’t pump blood well enough to meet the needs of the body, can result from other forms of heart disease, according to the Mayo Clinic.

Researchers analyzed the connection between the genetic mutation and heart failure in 9,694 people of African and Latino ancestry. The Latino participants were mainly people from Afro-Caribbean populations, said Ron Do, one of the researchers at the Icahn School of Medicine at Mount Sinai.

Because it takes about three years to be diagnosed with the condition, researchers say it could be underdiagnosed or not diagnosed soon enough.

Researchers also noticed thickening of the left ventricular wall in young carriers of the mutation, which could be an early indicator of heart failure. Those patients didn’t show any obvious sign of heart failure, but a thickening of the left ventricular wall, the heart’s main blood-pumping chamber, can result in an inability to push blood with enough force.

That discovery suggests that slight changes in the heart could be happening years before patients and doctors see overt signs of diseases. The findings could lead to earlier treatment for those with the mutation, said Girish Nadkarni, one of the researchers on the study.

Nadkarni called the study transformative because it shows that a substantial proportion of people with African ancestry have this mutation. The study is also timely, he said, because the U.S. Food and Drug Administration approved a targeted therapy for the mutation in May.

“Now that there is treatment, there needs to be a better way to diagnose the disease,” he said.

Alex Reyentovich, a cardiologist specializing in advanced heart failure care at New York University Langon Health, said the new FDA-approved drug has been shown to slow heart disease caused by transthyretin amyloid cardiomyopathy, but the $250,000-a-year medication is cost prohibitive for a lot of patients.

“Down the line, as we understand this mutation more and its contribution, then I think we have a lot more work in heart failure to focus on broader things,” he said, pointing to conditions such as diabetes and blood pressure.

“It’s not the first study of its kind, but it’s important,” he said. “It highlights the need to study diseases like heart failure.”

Albert Sun, an assistant professor of medicine at Duke University School of Medicine, said the study was promising and exciting but noted that more randomized or clinical trials need to be done so scientific data can show what benefits there might be to early screening and identification of people with the mutation.

The study also demonstrates the importance of studying different racial and ethnic populations, he said. “The more targeted we can understand about racial genetic differences, the better we are going to be able to treat” the population as a whole, he said. 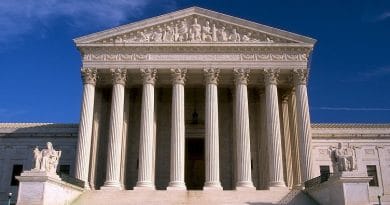 Supreme Court: Religious Liberty Is Winning—and the Pro-Life Cause Is Losing