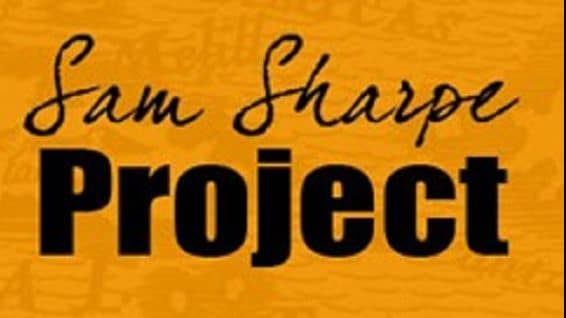 The Baptist Union of Great Britain and the Jamaica Baptist Union are committed to walking the ways of God’s justice. One demonstration of this joint commitment is The Sam Sharpe Project. We want you and your church to be aware of the project and join us. Sam Sharpe was hanged in Montego Bay on May 23, 1832 after initiating and leading a revolt for justice. Just before his execution he said: ‘I would rather die upon yonder gallows, than live in slavery.’ The revolt and Sharpe’s actions played a huge role in British parliamentary deliberations, and ultimately the Slavery Abolition Act in 1833. It is this legacy the Sam Sharpe Project seeks to build upon by promoting his story and exploring his relevance in today’s context. The Sam Sharpe annual lectures, an idea conceived by Rosemarie Davidson-Gotobed, a Partner of the Sam Sharpe Project, remains its key educational resource.

The lectures have become an important fixture in the calendar of community events marking Black History Month. The best of them have sought to create a community event where scholars, social activists and religious leaders share their vision for a just society.

This year’s excellent lecture again had a strong justice motif. It was presented by Professor Verene Shepherd at Imperial College London and BMS Birmingham, and explored the substantive contribution that black women made in the campaign for freedom and rights in the colonial Caribbean. It showed that anti-slavery activism is not the preserve of males, and was a strong reminder to the packed audience that patriarchy, even in the realms of scholarship, has yet to be slayed.

The Professor called for reparations for all those impacted by the horrors of slavery and colonialism. It’s no wonder that those women are now being commemorated in Jamaica. Sharpe, the Professor reminded us, went from plantation to plantation, Bible in hand, to swear the enslaved people there to rebellion and organise them into revolutionary cells. We should see reparations, she argued, as part of decolonial justice.

Even as I write I am aware that reparations, a process of addressing injustices and wrongs committed, is being discussed by several Christian communities. This should not really come as a surprise as it is consistent with the repentance envisioned by the New Testament. It is reflected for us in the story of Zaccheus and is consistent with the challenge of cheap grace Dietrich Bonhoeffer identified in his book Discipleship.

Reparations is the antithesis of cheap grace. Reparations call for an enduring commitment to the ‘other’, one that emerges from the inner recesses of our hearts. Reparations are a genuine outcome of repentance, seeking to make collective recompense for collective violation perpetrated over years and sometimes even decades of systematic violence. Because of this if reconciliation is unable to immediately happen despite reparations the relationships can still be given an opportunity to gradually move towards lasting and genuine peace in its acknowledging of the victims’ suffering through reparations.

In both Sam Sharpe lectures, packed with people having travelled far and wide, the professor implored her listeners to do the right thing and do justice.

The 2019 Sam Sharpe lecture was inspiring and thought-provoking. Professor Verene Shepherd identified and amplified the voices of those many courageous women who trod so lightly on the pages of history.  In doing so she offers a compelling presentation of the tremendous cost of slavery and its far-reaching legacy.  So, this lecture not only deserves to be watched, it also needs to be heard because the rawness of this historic reality calls forth a response in the present and is a prophetic impetus for the future.’

Read Lynn’s full reflection here which considers our ongoing commitment to dialogue and reparations since The Apology in 2007.

Professor Anthony Reddie, the recently appointed Director of the Oxford Centre for Religion and Culture at Regent’s Park College, Oxford University has been assisting British Baptists to reflect on the biblical and theological necessity of them undertaking reparations as a means of engaging in ‘Restorative Justice’.

Reddie has created a PowerPoint Presentation that outlines the biblical and theological case for undertaking a process of restorative justice in order to demonstrate their commitment to expressing the righteousness of God in effecting right relationships between various members of the Body of Christ, particularly as it applies to the wider Baptist family. 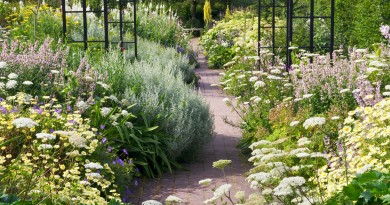