When Zozibini Tunzi of South Africa was crowned Miss Universe on Sunday, it marked the first time black women have simultaneously held the top titles of four major beauty pageants.

Media outlets jumped on the news and many on social media celebrated.

Even Miss USA 2016 Deshauna Barber shared a video on Instagram of her reaction the moment Ms Tunzi won. “Miss Universe looks like me!” she shouted to the camera over and over.

But Ms Barber also told the BBC that black women still faced discrimination when competing, and that representation could be the first step towards fixing it.

“If you come from a group that’s rarely under-represented, it’s hard to understand what representation means,” she said.

‘I was afraid to wear my hair curly’

“There’s this idea of what beautiful is,” she said. “And in the past that ideal was white women.”

Ms Taveras was crowned in 2018 and went on to compete in Miss America, making the top five.

One of the most challenging decisions she had to make was a seemingly small one – how to wear her hair.

“I remember the war of straight vs curly,” she said, “It was so bad.”

“I was afraid to wear my hair curly because I knew it didn’t fit the European standard of beauty.”

She decided to compete with her natural curly hair. When young girls told her they were “so excited Miss Massachusetts looked like them” she said she knew it was the right move.

“I knew that I looked and felt like myself,” she said. “I knew I was being myself and I wasn’t pretending to be anyone else.”

Ms Barber said she was also afraid to wear her natural hair. Thinking it would hurt her chances, she didn’t wear it while competing.

But for her last walk as Miss USA, she wore her natural hair as a tribute to her late mother. “She had been asking me all my years of pageants to wear my afro, but I was way too afraid.”

Ms Barber says she’s also faced colourism – or discrimination based on skin shade – while competing. She has a dark complexion and said some people didn’t find her skin colour to be beautiful.

‘Nobody was mixing up the blondes’

“My year was one of the largest groups of women of colour competing in Miss America,” Ms Taveras said. “When you consider the history, just to be in that position is amazing.”

But that led to it’s own challenges. Ms Taveras said people would often mix up the contestants who were black.

“One time I was behind the stage waiting to be called out, and someone came up to me and said: ‘Louisiana, go, you’re being called’, to the point that they didn’t believe me at first when I said I wasn’t her,” she said. The exchange went back and forth several times before the person gave up.

People would even mix up black contestants when they had very different skin shades. But, she noted, “nobody was mixing up the blondes”.

She also said there’s added pressure as a black woman, trying to tread that line between representing yourself and feeling like you also represent an entire group.

“Your margin for error is very small,” she said. “There’s this standard where we can’t confirm the biases or the unconscious biases people have of us.”

Even when black women win pageants, Ms Taveras said they didn’t always get the credit they deserved.

She said people would make comments that she had only won her title because she was black.

“They used my race as a weapon against me.”

Ms Barber experienced similar criticism, saying it was offensive because it implied “we couldn’t succeed by our own abilities or because we’re the most qualified”.

When Ms Taveras was competing to be the first black Miss Massachusetts in the title’s history, even her family had doubts.

“I used to have family members say: ‘When are you going to give up? They’ve never picked a girl like you.'”

And then there were directly racist remarks, especially from people online. Both women said words like “monkey” were used to criticise their appearance.

Despite the challenges black women still face in pageants, both women are excited about the current black titleholders and are hopeful for the future.

“We’re in an era where pageantry is shifting, and that’s making a lot of people uncomfortable, but it’s making people like me celebrate,” Ms Barber said.

It’s not just about black women and pageantry, she said, but rather every group that was under-represented.

Ms Taveras agrees, and hopes the shift will help women outside the pageant world as well.

“All day I hear teenagers and women talk about how they’re fat or they don’t like their face or their nose,” she said. “And I hope this diversity inspires people.” 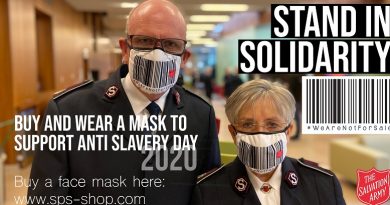