When Demetrius Minor left the Army after 12 years in 2013, he went through a standard medical review. Physically fit and seemingly healthy, he breezed through. Nobody caught that he was depressed.

Minor says he “passed through [the mental health system] because I looked healthy. They are looking for broken bones and ask you the easy questions, like, ‘Do you feel like hurting yourself or others?’ No. So the help was technically there, but there was no real deep dive.”

Minor, now 41, who is African American, is just one example of a much larger problem. According to the U.S. Health and Human Services Office of Minority Health, African Americans are less likely to have their mental health problems addressed.

“I’d come home, go outside, do my thing, sit on my couch for days and weeks on end. And then you just disappear. People would say, ‘Hey I haven’t heard from you, what’s going on?’ and the response would be, ‘I’m good, I’m out here grinding,’ ‘I’m hustling.’ We say those words that people in our community use to make it sound like we’re doing something. You say all the clichés, but inside, you’re hurting and you don’t know why or how.”

Minor isn’t sure African American communities and society at large are ready to deal with the challenges of mental health.

“I don’t think we are ‘woke’ enough yet to understand that mental health doesn’t mean we’re crazy. You can have a functioning life outside that door of your house. Just how there are functioning alcoholics, I was a functioning depressant.”

The issues and challenges are ingrained in families, neighborhoods, and society, he says.

“Growing up, we never used the words ‘mental health.’ If we had a problem, we just had to accept it and roll on. Looking back at my childhood, I see a lot of issues where people were suffering from [poor] mental health, but there’s no diagnosis, there’s no help and no treatment, so families were broken up.”

Selective serotonin reuptake inhibitors (SSRIs) are the most commonly prescribed antidepressants. Learn more about how they work, their potential side effects, and how they may be able to help treat depression and other mood disorders.ABOUT

When it comes to a specific diagnosis and treatment for depression, the gap narrows but still exists. More than 68% of white Americans received treatment after a major depressive episode in 2018, compared to 61% of black Americans.

Having a mental illness significantly increases suicide risk among black teens and adults. One of the most common mental health issues that leads to suicide is anxiety. African Americans who have a connection to organizations, like church, have a lower suicide risk, according to the Suicide Prevention Resource Center.

African Americans, who are more likely to be impoverished, incarcerated, homeless, and fighting substance abuse, are all at higher risk for poor mental health. While poverty, homelessness, drug abuse, etc., are often signs of mental illness across all ethnicities, racism is an added part of poor mental health in African Americans. While negative stereotypes and attitudes of rejection might be ldess openly displayed today, examples of racism are many, and it has consequences, although research on the connection between racism and mental health is limited.

A 2008 study showed a stigma within the African American community against receiving treatment for mental illness. Some people felt that sitting down and talking to a “stranger,” a therapist, was the same as airing their “dirty laundry.” Talking about your mental health problems was just not done. African Americans skirt away from conversations dealing with therapy as a solution to struggles with depression, posttraumatic stress disorder, parenting issues, and marriage problems.

Another reason African Americans may resist seeking treatment is a fear that it might reflect poorly on their families and could be an admission that something within the family or home is broken.

In 2018, music mogul Jay-Z sat down with CNN’s Van Jones to discuss mental health representation in African American communities. Jones, at the beginning, said, “As scared as black folks are of cops, we’re even more scared of therapy.” Jay-Z responded, “It should be in our schools. Children have the most going on, their minds are not fully developed, and teenagers and drinking and these things are happening to you, and you don’t know how social anxiety […] and you don’t how to navigate it.”

There is a need for trained counselors in schools for children of color, he said. Introducing them to the idea and benefits of therapy from a young age might combat the stigma in the African American community.

Sitting Down With the Experts

Gail Mattox, MD, a professor of psychiatry and behavioral sciences at Morehouse School of Medicine in Atlanta, has been working for more than 30 years as a psychiatrist.

She has gotten grant funding to take a deeper look into behavioral health in a university setting, particularly at historical black universities like Morehouse.

Kisha Holden, PhD, is a psychologist who worked with Mattox to address health disparities and health issues that may be problems in various communities.

“We both believe that the mental health of the African American community is important,” Holden says. “We try to look at our students from a holistic and comprehensive perspective.”

Because primary care doctors may not recognize or know how to diagnose mental health issues, Holden says it’s important to get beyond the initial clinical setting.

They look to find out what is happening to the whole self, “and not exclusively at what their presenting problem may be at a medical facility.”

“We want to look deeper into the issues that contribute to or prompt some of the health problems they see. We’re pulling the Band-Aid back and looking at what may be some of the underlying problems,” she says.

Getting out of the clinical setting is key, Holden says. It’s difficult enough to get people to voluntarily come in for an appointment.

“Try and meet the patient or potential patient where they are,” she says. “Go into the community and have trust. Have stakeholders important in that community, and respecting them is certainly a part of how we build the trust and subsequently connect them to care.”

“We would go out to the community church and school and be part of the community to be aware of the signs and symptoms of psychological illness and the importance of overall health.”

Grady Hospital in downtown Atlanta is one of the Southeast’s largest behavioral health centers. Morehouse works with Grady to embed psychiatrists in the neighborhoods that Grady serves. Morehouse is also working with local school systems and colleges to beef up counseling and access to mental health care.

“We’re approaching it both from community education and cultural competency,” Mattox says.

Part of what Morehouse is trying to teach communities and health care providers is to consider a patient’s mental health as part of their overall health.

“There is a relationship with chronic diseases, like diabetes and cardiovascular disorders and depression,” Holden says. “Disentangling those risk factors allows us to treat the overall patient. 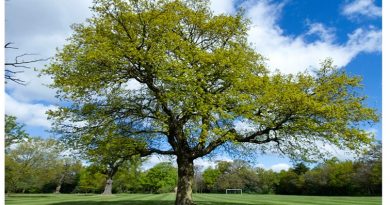