In November, Bernard Tyson, the CEO of Kaiser Permanente, died unexpectedly in his sleep. He was 60. Tyson was a singular figure, and the outpouring of stories that trailed the announcement of his death captured the picture of a charismatic, inspiring leader.

Tyson may have been one-of-a-kind, but his death was characteristic of so many other Black men in America: It was too damn early. Black men in the U.S. have a shorter life expectancy than white men by almost five years, a survival gap mostly attributable to differences in cardiovascular mortality. That simple difference encapsulates a whole universe of “less.” There is less recognition of cardiovascular disease risk factors, less evidence-based treatment overall and less timely treatment when it is received, and less of a chance of surviving after surgeries like coronary artery bypass. There is also less research involving Black participants, less funding of Black researchers, less representation of Black physicians and nurses within care teams, and thus, less racially concordant care.

For years, researchers sought to explain away such differences in terms that sounded a lot like blame: It is poverty and all the problems that come with it, like poor nutrition or an increased risk for violence. Deaths like Tyson’s challenge this idea, and run in parallel with increasing data on how socioeconomic status does not protect against the direct, toxic impact of racism itself. In the wake of Rep. Elijah Cummings’ death last month — also prematurely, at the age of 68 — author Ibram Kendi phrased it bluntly in the Atlantic: “Racism is killing black men.” Kendi cited research that experiences of racial discrimination and internalized racism are associated with DNA-level signs of accelerated aging.

Imagine the many insults one must have to endure on the path to becoming Kaiser Permanente’s first Black CEO. It’s bearing the weight of “first” and “only” at every step along the way; it’s facing both the subtle and overt racism that never turns off, no matter how powerful the role one inhabits. And the pressure only increases as you ascend. You must navigate the persistent, negative tropes of Black men readily applied to your personal and professional behavior, always subject to greater scrutiny and held to a higher, sometimes impossible standard. And then, on top of it all, imagine that you are the kind of person who will not shy away from conversations about racism and race relations. “I have the opportunity and the obligation to change the narrative around complex conversations like race that help us work together toward common objectives,” Tyson told Fortune in 2016.

Black men in the U.S. have a shorter life expectancy than white men by almost five years. That simple difference encapsulates a whole universe of “less.”

He was also open about his own routine experiences with racism. Reflecting on the deaths of Michael Brown, Trayvon Martin, and Eric Garner, he wrote, in an essay on LinkedIn, “Most CEOs don’t leave their corporate offices, change clothes, and have car doors locked as they walk by or women move to the other side of the street hugging their purses as they see me out exercising. Even as a CEO, the black male experience is my reality.” From his powerful platform, he urged readers, “This is our opportunity to focus on improving race relations for the future, especially for young black men and also for those picked up to be deported based on their race.” What salary or fancy title would it take to offset these kinds of day in, day out experiences of racism?

Tyson was tireless in addressing health disparities among communities of color, particularly Black communities. Kaiser initiatives under his leadership included collaborative community events with the NBA to promote health and wellness and targeted reduction of racial disparities in core health outcomes. These efforts went hand in hand with his commitment to boost Blackrepresentation at the highest level. His rise within Kaiser Permanente was marked by a ripple of diversity across executive leadership and the establishment of Kaiser’s African American Professional Association.

There is no health plan on Earth — not even Kaiser’s — that can cancel out the sustained and cumulative effect of taking professional risks to guide communities to solutions around racism, of being the standard-bearer for addressing health disparities and diversity in health care. Tyson understood this as much as anyone and still took on racism in society and health care directly, boldly, and consistently, at every level. His death leaves us with a painful void and a strong charge to address racism openly and courageously, and commit ourselves to end the health disparities that plague our nation. 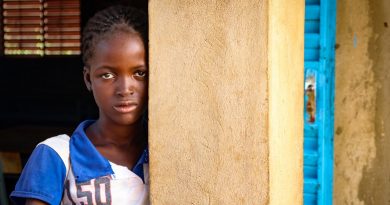 An exciting opportunity to do Black Theology as a Taster Course!