Students at a prestigious university say they have experienced a rise in racial “aggression” on campus – including offensive language in lectures and seminars, “humiliation” by academics and racist images in halls.

Bristol University student leaders say that the incidents, which have all taken place in recent months, are symptoms of a wider problem. They say the institution should take more action.

The warning comes after a report from the equality watchdog that criticised universities across the UK for being “oblivious” to the racial harassment occurring at a high rate on their campuses.

An open letter, from officers at the Bristol Students’ Union, says they are concerned about the “inaction” of the university amid rising cases of racial aggression on campus, in class and in student halls.

They warn that racist incidents “occur daily” at the Russell Group institution but that students often do not report cases because they are concerned they will not get adequate support.

The university should take disciplinary action against staff and students who have “perpetuated the hostile environment” for black and minority ethnic (Bame) students, the union says.

A statement from the student officers said: “Bristol has a culture where students don’t report racism as they are not confident they will get the support they deserve.

“A student told us they didn’t want to report what happened to them because ‘nothing will be done’.”

In October, the Equality and Human Rights Commission published its inquiry into racial harassment at UK universities. It came after a series of high-profile racist incidents took place on British campuses.

Black students’ experiences have been in the spotlight – with racist chants in student halls and a banana being thrown at a black graduate hitting the headlines.

An investigation by The Independent revealed that the number of racist incidents in universities across the UK surged by more than 60 per cent between 2015 and 2017.

And in November last year, a fountain close to Bristol University was dyed red with direct references made to Enoch Powell’s infamous “rivers of blood” speech – which strongly criticised mass immigration.

They added: “We know there is more to do, and we are committed to continuing to work in partnership with students and staff on these important issues, and to ensuring that our university community is one where everyone feels safe, welcomed and respected.

“We always investigate any cases of racism that are brought to our attention and would encourage any student or staff member who experiences racist behaviour to report this and to seek support – all complaints are dealt with seriously and are handled with sensitivity.” 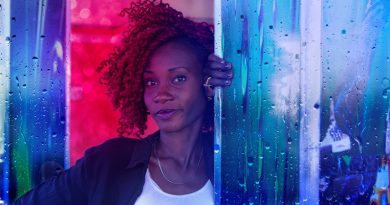 Breaking down barriers for black and minority ethnic women in Engineering