Racism is enduring and manages to perpetuate inequality in a way that no other discriminatory instrument can. No matter the political, geographical or economic context, racism continues to be a decisive mechanism that sustains violence, harassment and victimisation, even in higher education institutions.

The UK’s Equality and Human Rights Commission’s recent report, Tackling racial harassment: universities challenged, has illuminated some of the central tenets associated with racism within the sector. For many black, Asian and minority ethnic (BAME) academics, staff and students, the report provided a foothold for discussions about racism that moved beyond surface level engagement.

It recommends that institutions must enable staff and students to report harassment and ensure that their complaints procedures are fit for purpose and offer effective redress. It also calls for more effective data collection procedures to enable a baseline for improving prevention and response strategies and that senior leaders in higher education and associated governing bodies demonstrate leadership and accountability for embedding an inclusive culture within their institutions.

Most of the findings, however, were not new. And despite these recommendations, racial harassment will remain a common experience for a wide range of students and staff in universities across the UK. The consequences for individuals in overcoming and combating this constant violence are almost impossible to measure, particularly when considering the residual effects and the inevitable impact on a person’s mental health.

Besides the feelings of marginalisation, victimisation and isolation that accompany experiences of racism, there has become a more “causal” and covert approach in how these discriminatory acts pervade: sometimes individuals don’t notice the racism until several days later, an experience commonly referred to as racial micro-aggression.

Racial micro-aggression is a particularly insidious instrument that embodies a reinvented type of sophisticated racism. It represents a more subtle and nuanced form of racism, which may involve being ignored by colleagues or excluded from professional groups and often marginalised in a number of contexts.

And yet the reporting of racialised incidents remains problematic. BAME staff within universities consistently report that their racialised experiences go ignored or in many cases are trivialised or reduced to hypersensitivity or to them “playing the race card”.

There remains an infringement on BAME professional and academic staff’s right to report discriminatory incidences and have them taken seriously, which undeniably exacerbates their experience of racial trauma.

There is also a lack of understanding of racism among university staff both in their ability to comprehend racial trauma and to effectively manage conversations about race and racism.

Proceeding this lack of skill is a discomfort in dealing with incidents of racial harassment and discrimination cohesively. While this is a noteworthy concern on its own, taken together with a lack of understanding these issues undermine progress towards creating fair and equitable treatment of BAME staff and students and the prospect of early resolutions.

Indeed, the historically poor handling of racist experiences within higher education and society more generally has provided a legacy for complaints to be handled poorly or in many cases dismissed altogether.

To truly act upon the findings of the EHRC, the sector must acknowledge that university cultures sustain racism and that this is maintained through systemic whiteness, which ensures that racism occupies a central position as a decisive and discriminatory instrument.

University reporting mechanisms require continual scrutiny in order to build more trust in the process. Tackling racial harassment requires a uniformed, penetrative and proactive approach from universities that centres on the racialised plights of BAME staff and academics. Change begins with senior stakeholders and leaders doing more to familiarise themselves with issues of racial harassment and taking a more proactive approach towards addressing it. They should be overseeing the reporting procedures and scrutinising discriminatory cultures throughout their institutions, for example.

Fundamentally, higher education institutions must take more responsibility for dismantling their existing racist cultures. We need more investment in resources to educate staff about how to constructively discuss racism and racial experience. And universities must better support their BAME staff and academics who encounter this violence on a daily basis.

‘We’re judged for being black’ 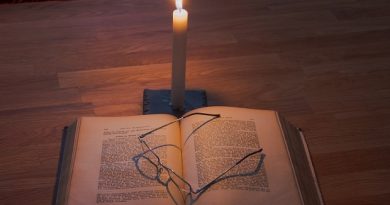