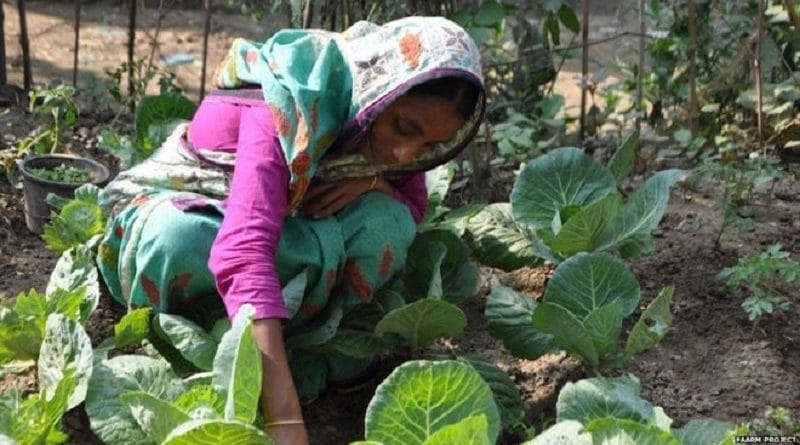 Growing fruit and veg in the garden is already seen as environmentally friendly, but it could also be a weapon in the fight against climate change.

That’s been the experience of a community in Bangladesh, whose rice crop – the source of their food and income – was ruined when seasonal rains came early.

It was in April 2017 that the rain came to the north-eastern floodplain of Sylhet Division, ruining the rice crop. It should have come two months later.

Farmers lost most or all of their harvest, It meant no income – and not enough food – for their families.

Scientists warn that climate change is affecting the crops people can grow and the nutrients they get in their food.

Sabine Gabrysch, professor for climate change and health at the Charité – Universitätsmedizin Berlin and the Potsdam Institute for Climate Impact Research, said: “It’s so unfair because these people have not contributed anything to climate change.”

Speaking to the BBC at a conference of health and climate experts in Berlin, organised by the Nobel Foundation, Prof Gabrysch said: “They’re very directly hit by climate change, because then they lose their livelihoods and they lose their nutrients. And their children are suffering most, because they’re growing fast and they need many nutrients.”

Even before the early rains, she said, a third of women were underweight and 40% of children chronically undernourished.

“People are already at the brink of existence where they suffer from many diseases and they don’t have much to buffer,” Prof Gabrysch added. “They have no insurance.”

She is leading a study into the impact of the floods in Sylhet Division, and is working with more than 2,000 women in villages across the area,

Half said their families were significantly affected by the flood. The most common way they tried to cope was to borrow money, mainly from money lenders who were charging high interest rates, and families then fell into debt.

The team had already begun educating the community to grow their own food in their gardens, on higher ground, where they could grow a more nutritionally varied crop of fruit and vegetables, and keep chickens.

Prof Gabrysch said: “I don’t think it can compensate for the loss of the rice crop honestly, because that’s their livelihood, but at least it can help them to some degree.”

But even when rice – and the other starchy foods that people in developing countries rely on – grows well, climate change can mean it is not as nutritious as it was.

Prof Kristie Ebi, from the department of Global Health at the University of Washington, has studied levels of nutrients.

She has found crops like rice, wheat, potatoes and barley now have higher concentrations of carbon dioxide. That means they need less water to grow, which is not as positive as it might sound, because it means they take up fewer micronutrients from the soil.

Diseases on the move

Research by Prof Ebi’s team found rice crops they studied had, on average, a 30% reduction in B vitamins – including folic acid, crucial for pregnant women – compared to normal levels,

She said: “Even today in Bangladesh, as the country becomes wealthier, three out of four calories come from rice.

“In many countries, people eat a lot of the starches as a main component of their diet. So having less micronutrients could have very significant consequences.”

And she warns that a warming world also means diseases are on the move.

“There are major risks from diseases that are carried by mosquitoes. And there’s major risk from diarrheal diseases, and infectious diseases.

“As our planet warms, these diseases are changing their geographic range, their seasons becoming longer. There’s more transmission of these diseases.

“And many of these primarily affect children. That’s why we’re so concerned about what this means for maternal and child health, because they’re on the front line. They’re the ones who are seeing the consequences.”

This year, Germany saw the first cases of West Nile virus, which is carried by mosquitoes.

Sabine Gabrysch said: “The infectious disease spread is something that makes people realise climate change is also coming to us.”

Nobel Laureate Peter Agre warns that climate change means diseases are moving – with some not seen in the places they had been established, and others appearing in new places – in particular moving to higher altitudes as temperatures rise, something that has been seen South America and Africa.

That matters because people living in the tropics have traditionally lived at higher altitudes in order to avoid disease.

Prof Agre, who was awarded the 2003 Nobel Prize in chemistry, warned there should be no complacency, and as temperatures warmed diseases would move.

“The famous phrase is ‘it can’t happen here’. Well, it can.”

This content was created as a co-production between Nobel Media AB and the BBC. 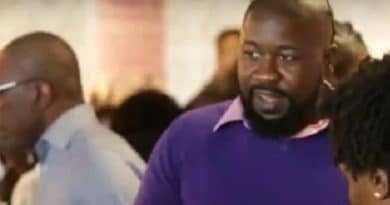 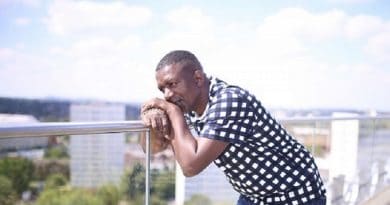 Lytie -The man behind the music 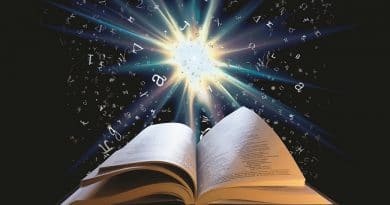 21 Bible Quotes For When You Need Inner Peace