Jeremy Bristow discovers that an ancient Christian order is providing maternity services for some of the poorest people in the Bethlehem area – the sheep-raising Bedouin.

We drove through Beit Sahour, a suburb of Bethlehem. “Beit” in Arabic means ”house”, and “sahour” means “night watch”. As tradition has it, this is close to the place where an angel once appeared before three star-struck shepherds and announced the imminent birth of a saviour. But today’s shepherds, the Bedouin, live further out of town.

The rock-strewn desert landscape is occasionally overlooked by glistening white Israeli settlements straddling the high ground above. Not far along the road, just outside the village of al-Rashaydah, we came across a huddle of waiting women and young children.

As we drew up, our driver leapt out to unwind an awning, to shelter the growing queue from the midday sun. The van door opened and out stepped a nurse, and two women doctors – a paediatrician and a specialist in obstetrics and gynaecology. Far-flung communities depend on mobile outreach units like this one from the Holy Family Hospital in Bethlehem.

All the women and children seeking treatment from the mobile medical team on this occasion were Bedouin from the al-Rashaydah tribe, whose members are scattered across a dozen countries from Tunisia to Oman. They gave their name to this village when they were moved here by the Israeli authorities, in their third resettlement since they were forced to leave historic grazing grounds near the Dead Sea in the early 1970s.

Some of them are still on the move. Noora was eight months pregnant. She’d just arrived from a nearby village, where her family home was bulldozed – the Israeli government said it was an illegal structure.

Traditionally, Bedouins were nomads constantly in search of grazing land. Women were the shepherds, minding sheep and goats, while their menfolk guarded their territory and received visitors. But since they’ve become “settled”, women have found themselves more confined to their homes.

Al-Rashaydah, like many villages in the occupied West Bank, is surrounded by land controlled by Israel. The Bedouin are forbidden to graze their livestock there.

In both Israel and the West Bank the once self-sufficient Bedouin have become increasingly dependent on outside support. They see themselves as second-class citizens. Unemployment is high, educational achievement is low and there are high rates of infant mortality, premature births, anaemia, and stunted growth in children – though Michele Bowe, the hospital’s president, tells me that over the last 30 years great progress has been made in al-Rashaydah and in other Bedouin communities.

Were ancient shepherds male or female?

The gospel of Luke says: “And there were in the same country shepherds abiding in the field, keeping watch over their flock by night. And, lo, the angel of the Lord came upon them.”

It wasn’t only nomadic Bedouin who kept sheep in ancient times, villagers did too, says Joan Taylor, professor of Christian Origins and Second Temple Judaism at King’s College London. The shepherds could be male or female, “and often in antiquity, as today, they were children”.

The Greek word used by Luke to refer to the shepherds is “gender-inclusive”, she adds.

Michele suggests we visit one of the families.

They live in a one-storey concrete house, with a single door and no windows to the front. I was a bit nervous about being a stranger and a male. But, as soon as we entered the sparse, almost empty room, a grinning 10-year-old set out some plastic chairs for us and Khadra, his mother, offered us tea. All 10 of her children were born in the Holy Family Hospital in Bethlehem.

As Michele chatted in Arabic, I walked into the kitchen. Again it was empty except for an electric hob. “Hello, how are you?” fluted a voice in English behind me. It was Mai, Khadra’s bright-eyed and very brainy third daughter. She got record results in maths and science in her final school exams.

Mai was determined to get a Maths degree. Few young Bedouin women leave home each day and travel unaccompanied. Even fewer are permitted to spend time at university among strangers. But Mai had the firm backing of her mum and two of her older, married sisters.

She’d had to return at midday, missing afternoon lectures and tests, in order to catch the last affordable shuttle van home from the University of Bethlehem. Although her grades didn’t suffer much, I learned that she had been unable to keep up her tuition fees – so, two years into her course, she had been forced to give up. Her family couldn’t afford to pay.

Mai’s father, Omar, has a spinal injury and can’t work, so Khadra is the principal breadwinner. For much of the year she cleans and cooks for better-off households. At harvest time she leaves home for 50 days to work on the industrial farms in the Upper Jordan valley. In this season, Mai has to look after her younger siblings.

Mai’s story is all too familiar among the Bedouin. Many are locked into a cycle of deprivation from which it is hard to escape. In this case, though, I was able to find some donors, who together provided a sum that will enable Mai to finish her course and Khadra to stay with her children all year round next year.

Mai told me she wants to better her life, but that she doesn’t want to be on the move forever. After graduating, she plans to teach maths to the children of al-Rashaydah, staying close to her home, her culture and her family. 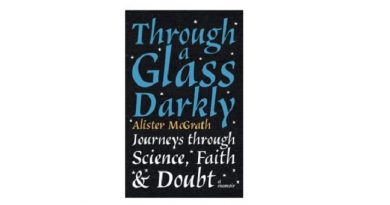