The discovery of an ancient table designed for the measurement of liquids has led experts to the conclusion that they have located the 2,000-year-old market center of Jerusalem. The site is buried about 5 meters below an area known as the Stepped Street — also known as the Pilgrims’ Path — which stretches from the Siloam Pool to the Temple Mount.

Israel Antiquities Authority archaeologist Ari Levy spoke about the excavation with the Times of Israel, where he explained the significance of the discovery. He said:

“The volume standard table we’ve found, as well as the stone weights discovered nearby, support the theory that this was the site of vast trade activity, and perhaps this may indicate the existence of a market.”

The table seems to have been primarily designed for the measurement of liquids. It contains several cavities of varying sizes, each with a small hole at the bottom. The market manager, or agoranomos, would cover the hole with his finger before filling the cavity with whichever fluid that was for sale, then he would drain the contents into a receptacle for safe transportation.

Not far from the table, the archaeological team also found stone weights of various sizes. These were most likely used to measure dry goods on a set of scales. Levy told the Times of Israel that the engravings on these stone weights suggests that Jerusalem had a different system than the rest of the Roman world. He explained:

“The fact that there were city-specific weights at the site indicates the unique features of the economy and trade in Jerusalem during the Second Temple period, possibly due to the influence of the Temple itself.”

The market place is considered to have been built by the Romans between 20 AD and 30 AD, under the leadership of Pontius Pilate. Based on coins found during the excavation, archaeologists are confident in the accuracy of this timeline.

The team is excited to see what else they will find beneath the storied Jerusalem streets. Although the site is only about 600 meters long and about 5 meters wide, they expect that it will require several more years of excavation before they can open the site to the public. 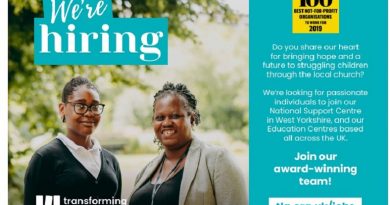